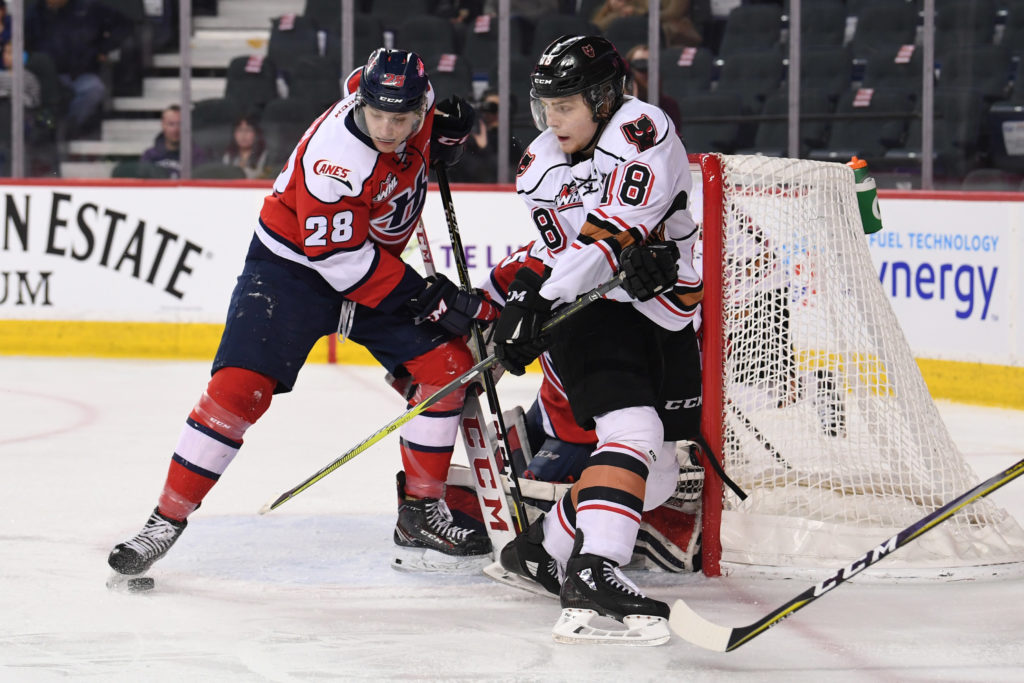 They just had no answer.

Saturday night at the ENMAX Centre saw the Lethbridge Hurricanes shutout the Hitmen 3-0 in the first clash of the home-and-home set.

The Hurricanes did all their scoring in the third period getting markers from Dino Kambeitz on the power play, Logan Barlage even strength and Alex Cotton into an empty net.  Barlage added an assist for a team-leading two points with Carl Tetachuk making 31 saves in a first star performance.

At the other end, Brayden Peters did all he could to keep his club within reach making 26 saves which included a handful of highlight reel saves. The Hitmen had their chances but just couldn’t muster any offence going 0-for-3 on the power play while the ‘Canes finished 1-for-6 with the man-advantage.

It was their first meeting since the 2019 Western Hockey League Playoffs which saw the Hitmen produce an opening round seven game series win.

The turnaround will be quick as the two clubs will square off again in Calgary tomorrow, Sunday, Dec. 15 for the final game before the holiday break.  Game time is 2:00 p.m. at Scotiabank Saddledome marking another Sunday Funday presented by Ricky’s All Day Grill featuring face painters, concourse activities, giveaways and a post-game family skate that is FREE with a game ticket.

Sunday Funday pricing sees a $9.99 ticket for kids 12 and under and a $15.99 ticket for adults (plus applicable fees and taxes).  Santa will be in the building and available for photos in the 60 minutes before puck drop and during both intermissions at Section 226.

Sunday also includes another Farley’s Family Feast.  The pre-game meal, held in The Club, runs one hour prior to puck drop and begins at 1:00 p.m.

Fans are also encouraged to to bring a new unwrapped toy for the Royal LePage Benchmark Toy Drive at sections 214 and 223.