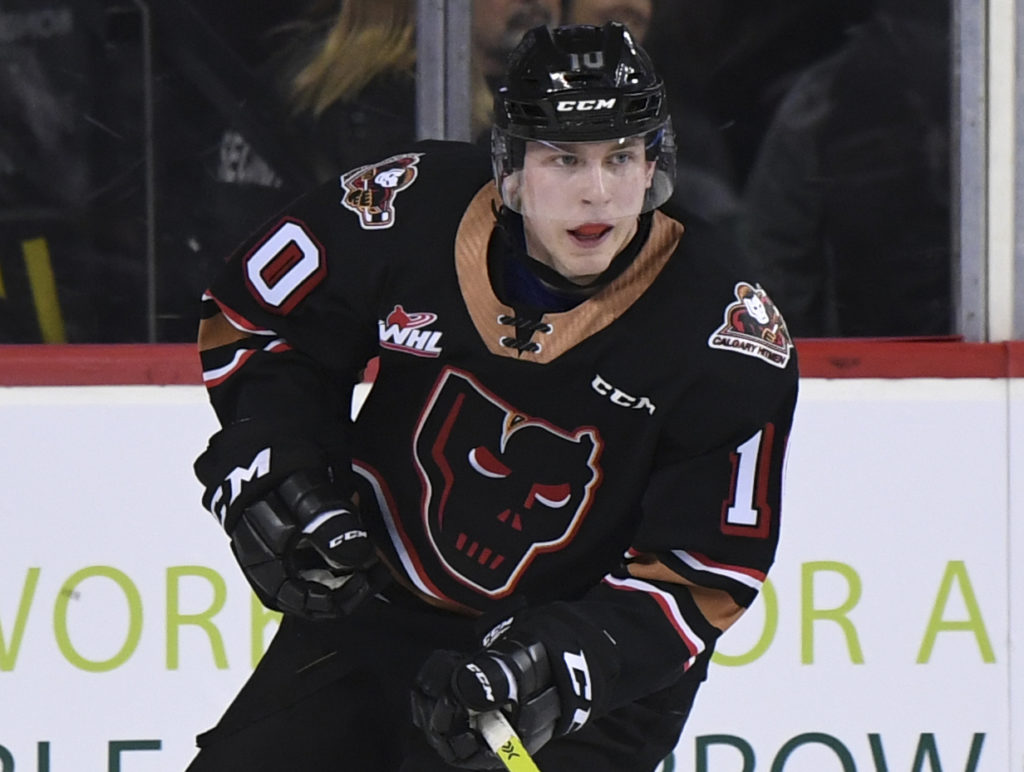 Not the weekend they had in mind.

The Hitmen dropped their second straight game with a 3-1 setback to the Medicine Hat Tigers Saturday night, to finish the weekend 0-2 coming out of the holiday break.

Josh Prokop scored the lone Hitmen marker as he extended his point streak to three games (2G, 2A) with his seventh goal of the season. Brayden Peters stopped 27 shots as he settled in nicely after the opening 20 minutes in doing all he could to keep the game within reach.

For the Tigers, James Hamblin, Jonathan Brinkman and Brett Kemp provided the goals with Mads Sogaard making 33 saves to earn first start honours, and a big reason why Med Hat were able to hang on for the two points.

With the loss the Hitmen now fall to 16-11-4-1 on the season, still holding onto the first wildcard spot in the Eastern Conference with 37 points, but now nine points back of the Tigers for third in the Central Division with three games in hand.

Similar to Friday night against the Hurricanes, the Hitmen found themselves in an early hole as the Tigers would strike four minutes in as Hamblin redirected a point shot that would have gone wide, but the tip was enough to get past Peters.

Six minutes later, Brinkman would strike on the power play which was quickly followed up with Kemp corralling a loose puck and sliding a shot five-hole on the partial breakaway.

It took the Hitmen until the halfway mark of the second stanza to finally solve Sogaard, as the older Prokop brother finished off the pretty passing play with Carson Focht and Orca Wiesbatt in tight to cut the deficit down to two.

The Hitmen had their chances, but that was as close as they would get as the Ottawa Senators prospect stood tall making a handful of saves that on any other night would have found its way in.

It’s back home sweet home now for the Hitmen as they will welcome the Edmonton Oil Kings to the Scotiabank Saddledome Monday night for the final meeting of the season between the provincial rivals and final game before the New Year.

The clash kicks off a busy stretch of five games in seven days with four of the five tilts against Central Division rivals.