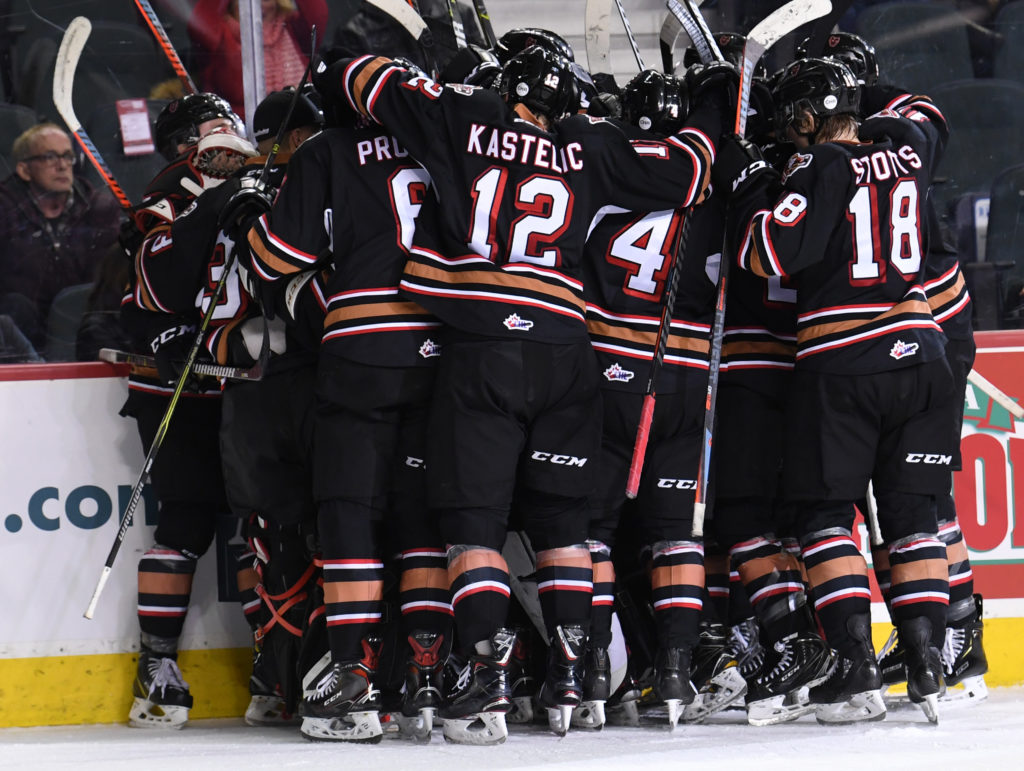 The Hitmen officially punched their ticket into the WHL post-season after a thrilling 6-4 win over the Kamloops Blazers Saturday night to end the five-game road trip.

With four wins on the trip, the Hitmen picked up eight out of a possible 10 points for a successful run of the B.C. Division, en-route to clinching a playoff spot for the second straight season and the eighth time in nine seasons.

The Blazers saw Ryan Hughes, Logan Stankoven, Connor Zary and Daylen Kuefler provide the goals while Race Ramsay made 16 saves in the loss.

For the second straight game, the Hitmen jumped out to a two-goal lead as Zimmerman and Prokop would strike five minutes a part to start the middle frame after a scoreless first period, before the Blazers were able to answer halfway through the stanza.

With a 2-1 game headed into the third, the first two periods was a very tight defensive game but that all changed in the final period.

A total of seven goals were scored in 20 minutes as the Hitmen at one point held onto a 5-2 lead. This time however, the visitors were determined to not squander it like Friday night in Vancouver, and were able to hang on despite a tough Blazers push.

The difference makers proved to be Stotts and Fiddler-Schultz scoring three minutes apart in the late stages of the contest as the Hitmen kept their foot on the gas with the offensive attack.

Secondary scoring was a major driver for the Hitmen with goals coming throughout the lineup, while Prokop, Wiesblatt and Zimmerman added an assist to finish with two points.

And of course, the man in the crease was another major factor as Peters stood tall making 18 saves in the third period alone to pick up his 15th win of the season.

It’s now back home for the Hitmen as they’ll be riding high with their current run, winning five of their last six games and now just two points back of Medicine Hat for third in the Central Division.

Thursday Feb. 27 will see the club back in action at the ‘Dome as they welcome the Winnipeg ICE for the TELUS BE BRAVE #EndBullying Game to kick start a three-game home stand.