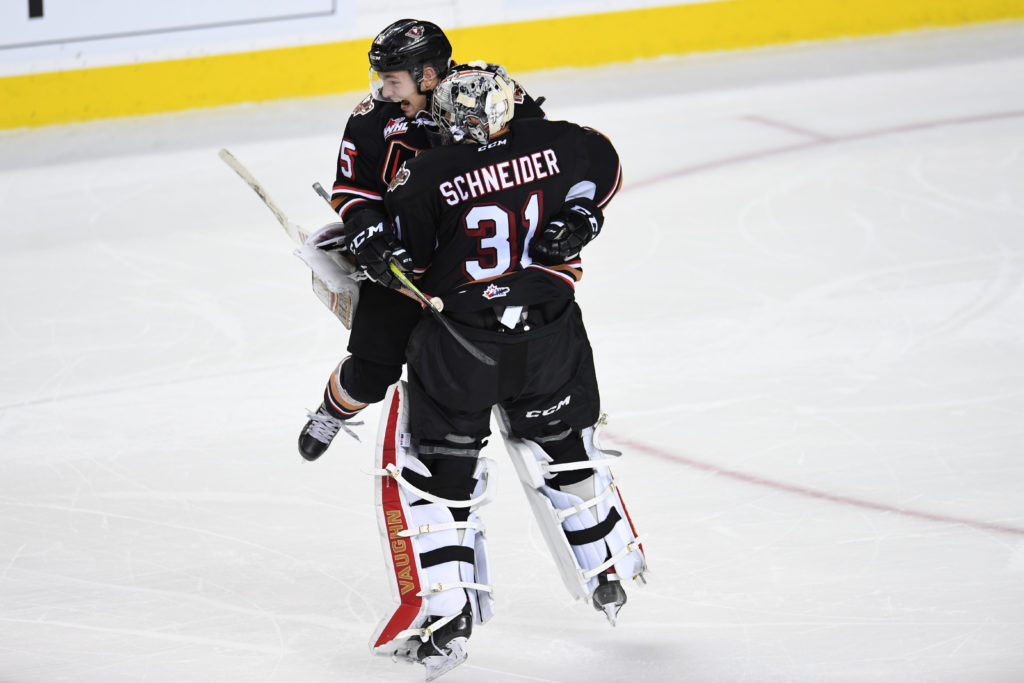 The comeback kids did it again.

The Hitmen defeated the Saskatoon Blades 5-4 in overtime Friday night, after trailing on three separate occasions to end the season series with two victories in the four-game set.

Tristen Nielsen scored his first career hat-trick, including the overtime winner 1:58 into the extra session to lead the offensive charge. Mark Kastelic and Carson Focht provided the other Hitmen markers, while Nick Schneider made 20 saves.

Gage Ramsay, Josh Paterson, Mark Rubinchik and Braylon Shmyr all scored for Saskatoon, as they failed to pick up a much needed two points. Goaltender Nolan Maier ended the night with 30 saves.

For Nielsen, the three-goal performance is the first from a Hitmen skater this season. Alongside Focht and a returning Cael Zimmerman, the line provided much of the offence combining for eight points.

The action was fast and furious to start off as the clubs would trade goals in the first two minutes of the game, the first coming at 1:38 with Ramsay finishing off a two-on-one play with a tap in. Nielsen would quickly tie things up a minute later, when the young forward and Focht would play give-and-go before Nielsen finished it off with a tap in of his own.

Saskatoon would restore the lead and push the deficit to two, two minutes apart just halfway through the first frame. The Hitmen would then find themselves down a man just over a minute after the Blades made it 3-1.

Just when things were looking like they were going from bad to worse, the Hitmen would send a shock to the crowd.

After a miscue at the blueline, Conner Chaulk and Kastelic would rush in for a two-on-one with Kastelic finishing the play off on a one-timer to cut the lead to one. While still on the penalty kill, Nielsen would get back things squared up again firing a wrist shot past Maier that quickly entered and exited the net to make it a 3-3 game.

With more of the same was expected in the middle stanza, it was the complete opposite as neither side were able to get the go-ahead goal, but saw the Hitmen control most of the period and outshooting Saskatoon 12-6.

Shmyr would finally break the tie just 41 seconds into the third, when his centering pass went off a Hitmen skate and into the back of the net.

But once again, the Hitmen didn’t quit.

Focht would show soft hands in tight as he took the feed and pulled the puck from his back-hand to his forehand to once again even the game up at 8:35 of the third stanza.

Regulation solved nothing and overtime was needed. For the 32nd time this season, the Hitmen knew that the contest would be another one-goal game.

As the chances piled on for the Hitmen, Riley Stotts would find Nielsen streaking in as he broke in and he snapped a shot through the legs of Maier for the winner.

The Hitmen will have little time to enjoy the victory as they’ll head to Prince Albert to take on the Raiders Saturday night to end the weekend. 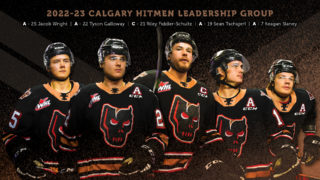 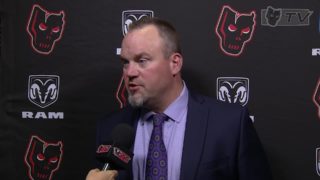