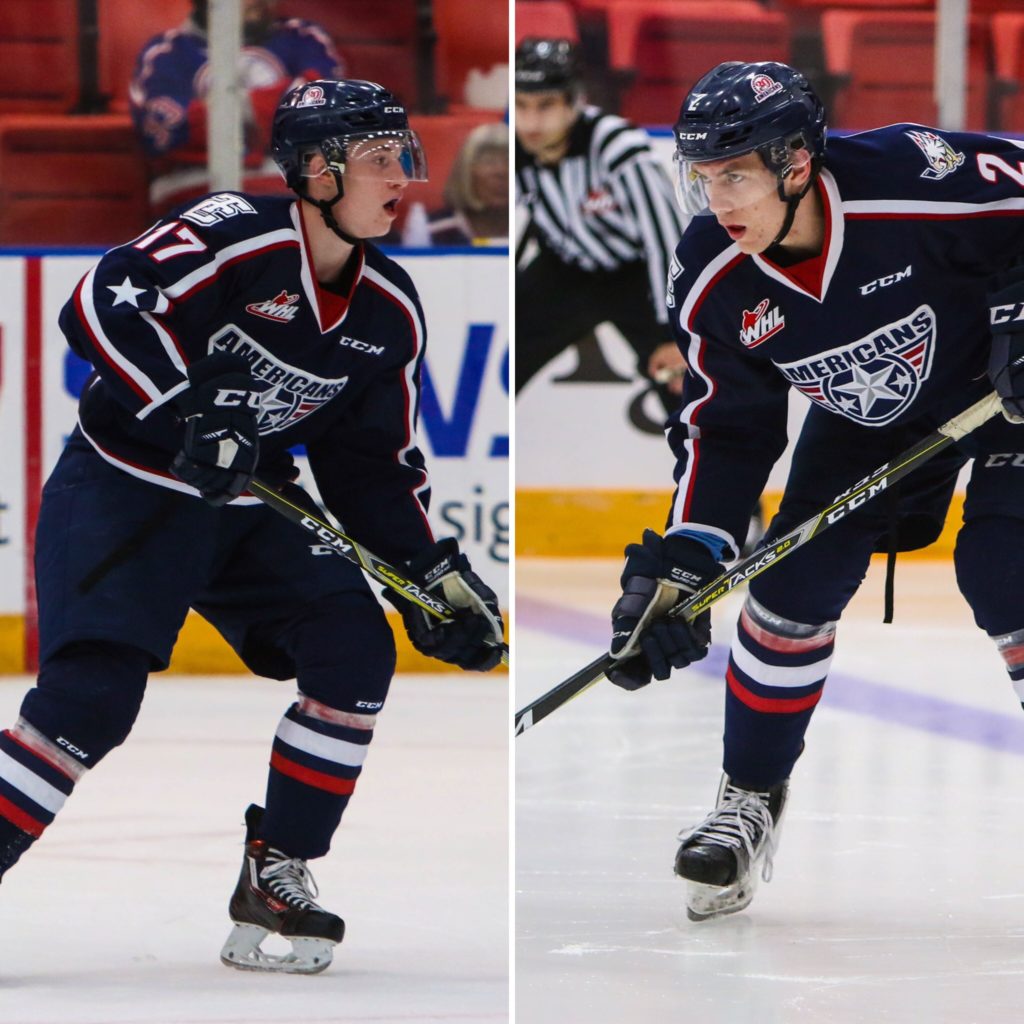 “We would first like to commend Jake for his terrific career in Calgary.  His contributions to our organization both on the ice and in the minor hockey community have been exceptional”, said Hitmen general manager Jeff Chynoweth.  “This transaction provides us with another skilled 2000-born forward in Carson and a three-year veteran in Dakota who will bring depth and experience to our defensive core. We look forward to welcoming both players to our lineup on Sunday against Kelowna.”

Focht, a native of Regina, Saskatchewan, was selected by Tri-City in the first round, seventh overall, in the 2015 WHL Bantam Draft. Focht has twice represented Canada on the international stage, participating in the 2016 Winter Youth Olympic Games in Lillehammer, Norway, and dressing for Canada White in the 2016 World Under-17 Hockey Challenge in Sault Ste. Marie, Ontario.  He has recorded 24 points (9g, 15a) and 30 penalty minutes in 101 career games with the Americans.

Krebs is playing in his third WHL season.  The product of Okotoks, Alberta, was listed by Tri-City on September 28, 2014.  He has suited up for 151 games with the Americans, amassing 89 career penalty minutes and registering a pair of goals along with 10 assists during this span.