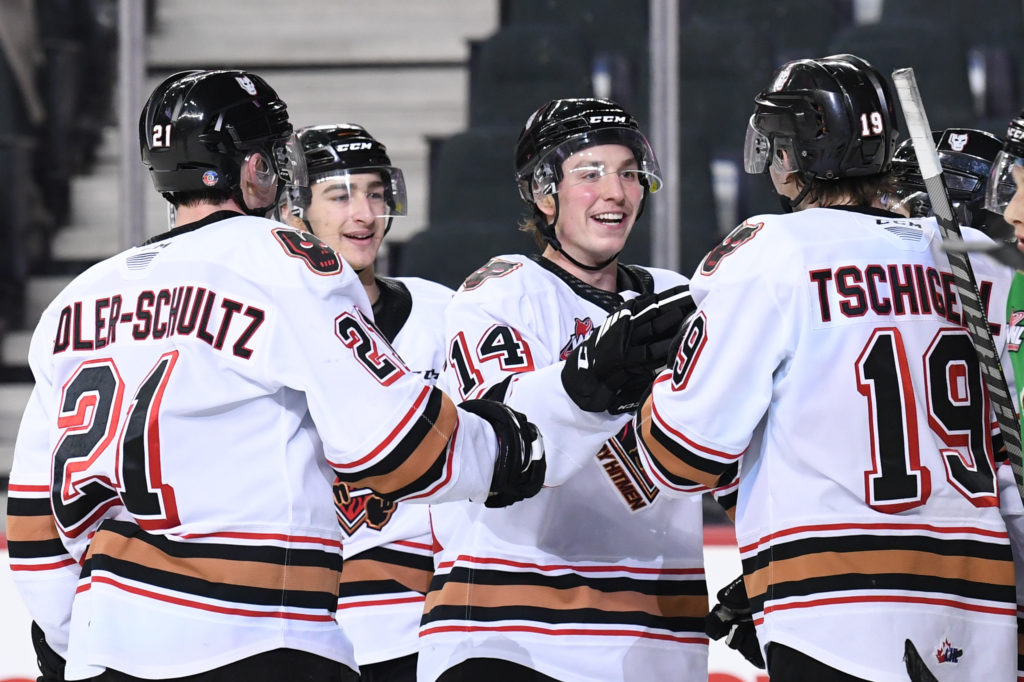 The Calgary Hitmen came out victorious vs. the Prince Albert Raiders Saturday afternoon after returning to the Saddledome after a 12 day layoff. Recent acquisitions Blake Stevenson and Trey Patterson made their debut in today’s match up.

In a slow start, the period remained scoreless until 15:10 into first when Zachary Wilson netted a rebound to open up the scoring for the Raiders. The game was tied at 7:35 into the second with Sean Tschigerl finding the back of the net with helpers from Carter Yakemchuk and Riley Fiddler-Schultz. The assist made it 50 career for Fiddler-Schultz. He was quick to follow up with a goal to give the Hitmen the lead just a minute later.

Tschigerl found the back of the net for the second time on the power play at 12:47. Blake Stevenson, the lone scorer in the third period, scored his first as a Hitmen giving him two points in his debut with the club. Calgary held onto the three goal lead to defeat Prince Albert 4-1.

Calgary is back on home ice tomorrow, Sunday, January 16 against the Brandon Wheat Kings.  Game time at the ‘Dome is 4:00 p.m. The Hitmen will then hit the road for three straight with stops in Regina (Jan. 18), Moose Jaw (Jan. 19) and Swift Current (Jan. 21) before returning home to host Moose Jaw on Sunday, Jan. 23 in a 4:00 p.m. start at Scotiabank Saddledome.