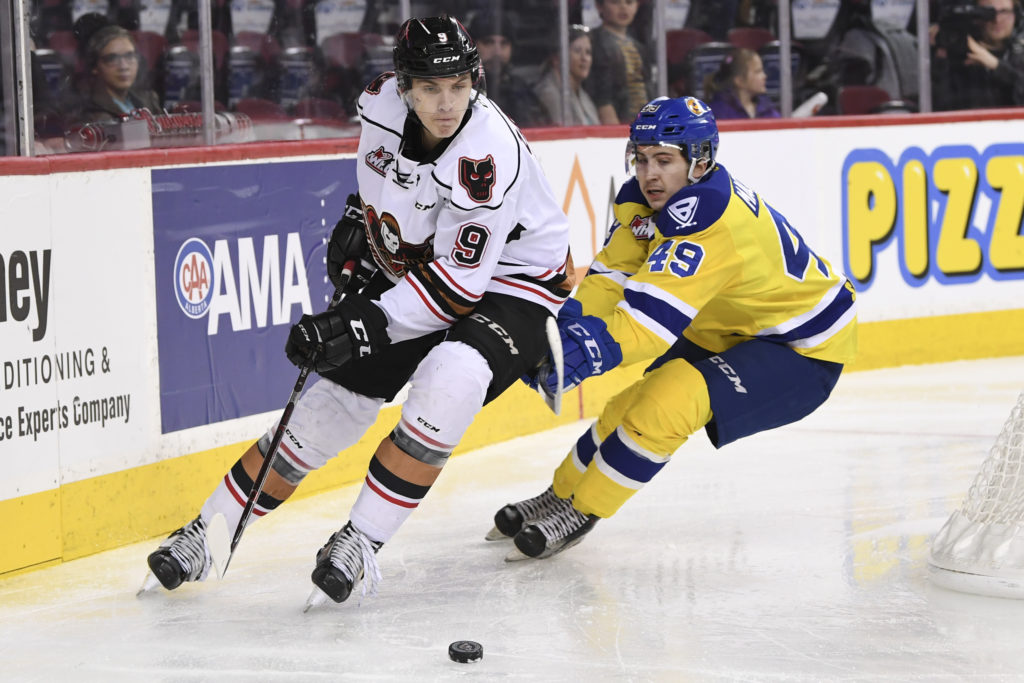 The Calgary Hitmen Hockey Club would like to congratulate defenceman Egor Zamula (pronounced Yay-gor Zuh-MOO-la) on signing a three-year entry level contract with the Philadelphia Flyers.

The 18-year-old was invited to Flyers rookie and main training camp on an ATO (Amateur Try-Out) and appeared in the Flyers-Islanders rookie game on Sept. 12, as well as two official pre-season games.

“We are very excited for Egor as today marks the start of his pro career,” said Hitmen General Manager Jeff Chynoweth. “Since arriving in Calgary his game has taken great strides and we believe he will only improve playing in all situations with our club.”

Zamula played top-four minutes on the blueline in Calgary after being claimed by the Hitmen off WHL Import Waivers from Regina on January 9, 2018.  He finished his 2017-18 rookie season with 18 points (2g, 16a) in a combined 69 games between the Hitmen and Pats.

He also represented Russia this past April at the IIHF U18 World Championship where he recorded two points (1g, 1a) and a +5 rating in five games.

The Hitmen, who finished the 2018 pre-season 6-0, will start the 68-game regular season schedule in Cranbrook against the Kootenay ICE on Saturday, September 22.

The 2018-19 Hitmen Hockey Pass is on sale and includes 34 game tickets to be used anytime, in any combination.  Pass holders also receive a $50 Scotiabank Saddledome gift card and a complimentary ticket to a select Flames, Roughnecks or Stampeders game.  Passes start at less than $7 per ticket for kids and under $15 for adults.