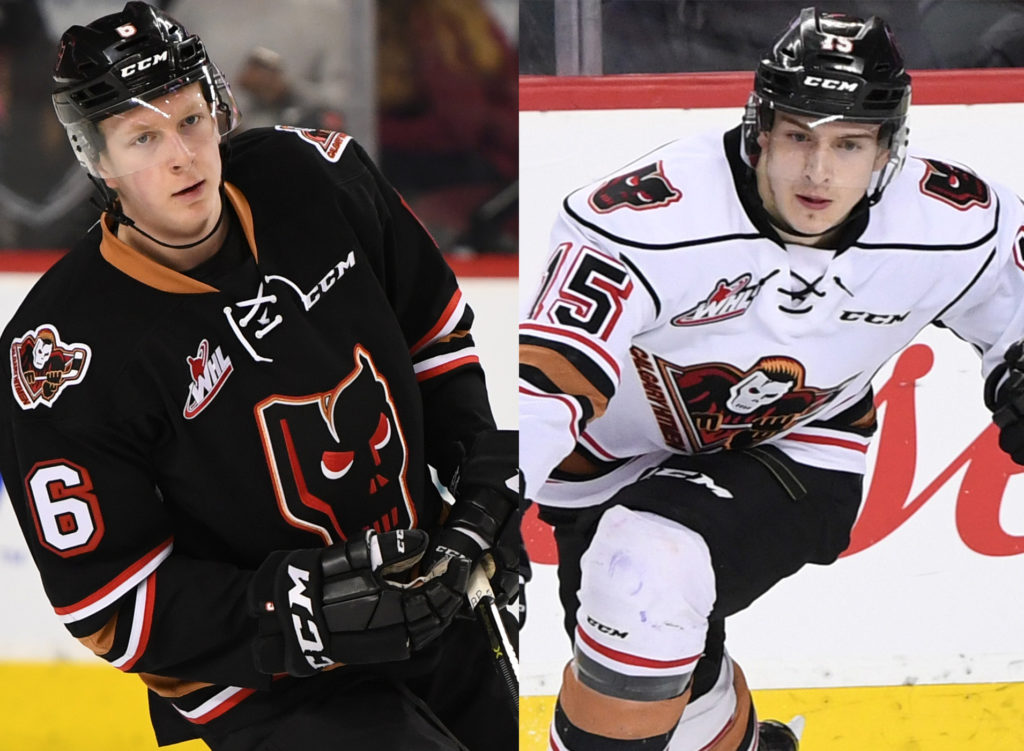 Prokop is heading to Canada’s Summer Under-18 Team Selection Camp and Tschigerl to Canada’s National Under-17 Development Camp.  Both will be held in Calgary at the Markin MacPhail Centre at WinSport’s Canada Olympic Park with the U-17 camp from July 19-26 and the U-18 camp July 26-30.

This will be Prokop’s second appearance with Hockey Canada after playing for Canada White at the 2018 World Under-17 Hockey Challenge while Tschigerl is coming off a season that saw him win bronze with Team Alberta at the 2019 Canada Winter Games.

ACQUIRED: Selected by Calgary in the first round, 7th overall, in the 2017 WHL Bantam Draft

ACQUIRED: Selected by Calgary in the first round, 4th overall, in the 2018 WHL Bantam Draft

The U-18 camp will see 44 players compete for a chance to represent Canada at 2019 Hlinka Gretzky Cup in Breclav, Czech Republic, and Piestany, Slovakia from August 5-10.  The U-17 camp, featuring 112 players, helps with selection for the 2019 World Under-17 Hockey Challenge scheduled for November 2-9 in Medicine Hat, AB., and Swift Current, SK.