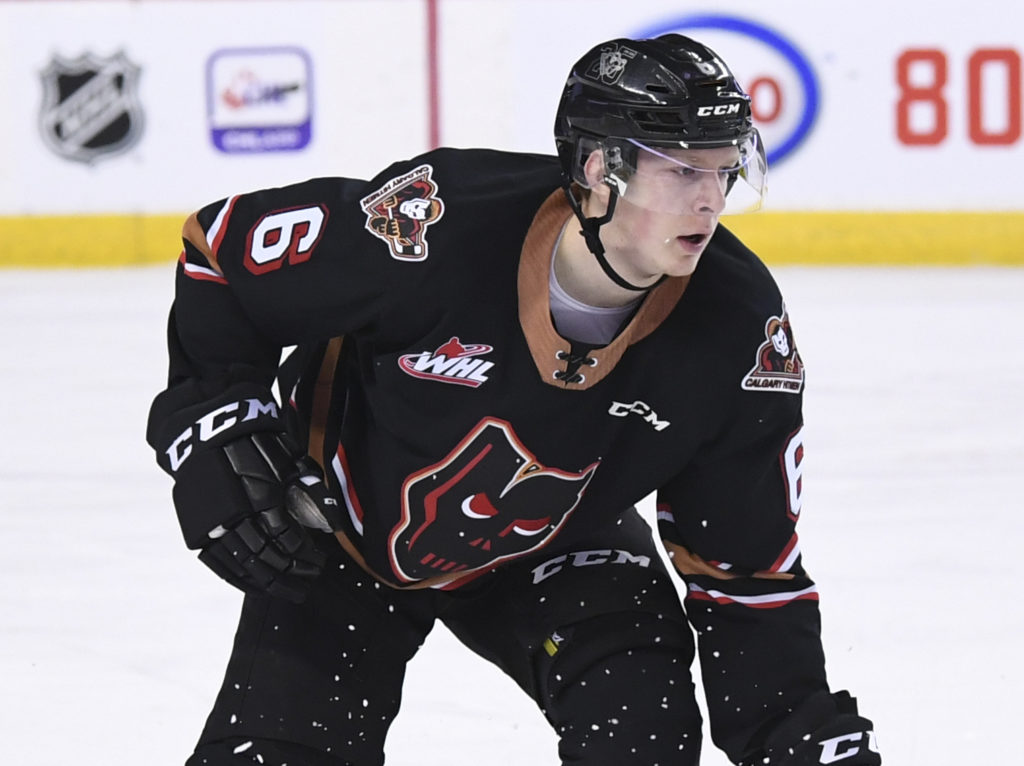 The Calgary Hitmen Hockey Club would like to congratulate defenceman Luke Prokop on being selected to play in the 2020 Kubota CHL/NHL Top Prospects Game.

Prokop, along with Kasper Puutio of the Swift Current Broncos will replace Justin Barron of the Halifax Mooseheads and Daemon Hunt of the Moose Jaw Warriors who were initially named to the roster but are unable to participate due to injury.

The game, which showcases the top CHL players eligible for the NHL Draft, takes place on Thursday January 16, 2020, and will be hosted by the Hamilton Bulldogs.

“It was one of my mini goals for the season and to know I’ll be playing in the game is amazing,” said Prokop.  “I’ve watched the game for years, so it will be an honour to play in it with some of my friends from around Canada.”

Prokop has spent time on the international stage, playing with Canada White at the 2018 World Under-17 Hockey Challenge.  He is in his sophomore season with the Hitmen after taking home the club’s Chrysler Canada Inc. Scholastic Player of the Year Award in 2018-19.

DID YOU KNOW?   Prokop was selected by the Hitmen in the first round, 7th overall, in the 2017 WHL Bantam Draft.

Prokop will become the 27th Hitmen player to compete in the Kubota CHL/NHL Top Prospects Game.  Jake Bean was the last to appear, suiting up in 2016.