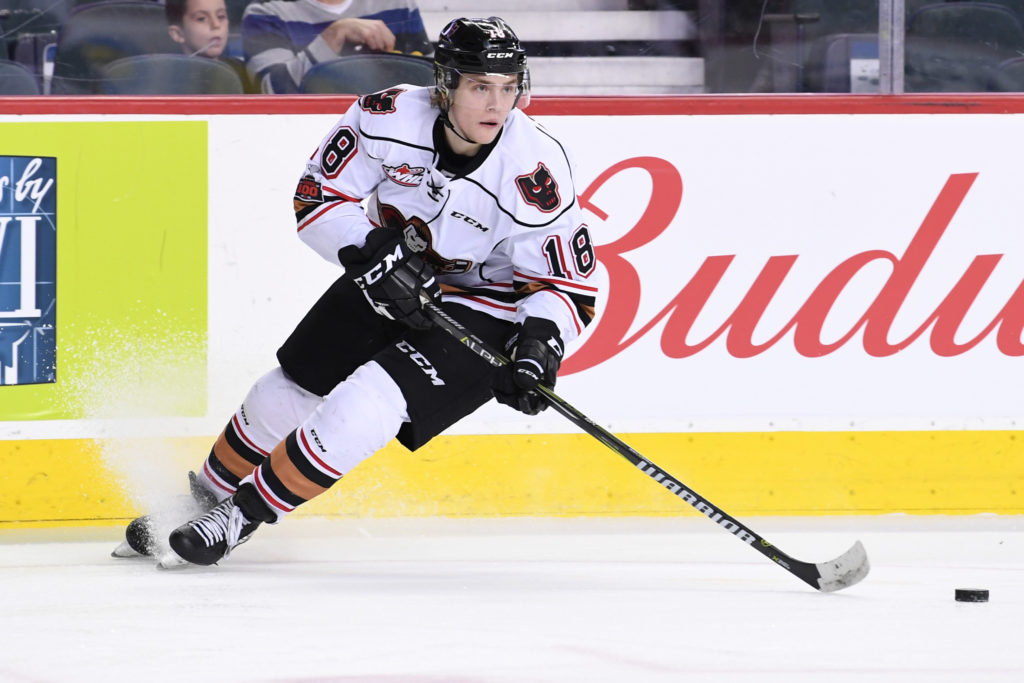 They’re getting the shots, just not the results.

Despite heavily outshooting the opposition yet again, the Hitmen couldn’t come out on top as they lost 4-2 to the Lethbridge Hurricanes Friday night.

For the Hurricanes, Jadon Joseph, Calen Addison, Alex Cotton and Zachary Cox all found the back of the net for the home side. Reece Klassen made 34 saves for the win in a first star performance.

Unlike the first two games of the season series, this one was a more tightly contested game that only saw two penalties for the entire 60 minutes, with both sides failing to capitalize on their lone man-advantages.

It took just 61 seconds for the first goal to be scored as the Hurricanes capitalized on a friendly bounce in front as the puck went off a Hitmen stick right to Joseph who had the entire right side of the net to shoot at which he made no mistake on burying.

It was the lone goal scored for the first 20 minutes until things started to open up in the middle stanza.

Coleman would get the Hitmen back even, as he took a beautiful feed from Egor Zamula who drew the attention of three Hurricanes and found his teammate for the easy tap in goal. But just like several times this season, the Hitmen would surrender a goal on the next shift as Addison snuck in undetected to one-time a shot in the slot to give Lethbridge the lead again.

The Hurricanes would double their lead just four minutes later, but the older Prokop brother would once again get the Hitmen back within one off an offensive zone face-off, firing a wrist shot that went off Klassen’s stick and into the top corner for his fifth of the season.

With just 20 minutes left to go, the Hitmen were hoping to replicate the dominant play in the third period they’ve had in the last two games, but this time was different.

Lethbridge continued to push back and offered little chances for the Hitmen to set up in the zone, with Cael Zimmerman having the best opportunity to tie it up when his shot went off the crossbar and out of play.

As time was winding down, the Hurricanes would get the insurance marker they were looking for off a cross-crease play that Cox was able to finish off to halt any chance of a comeback for the Hitmen.

The Hitmen will now head back home for the last game on Scotiabank Saddledome ice for the month, as they welcome the Kootenay ICE in the first game of a home-and-home set.