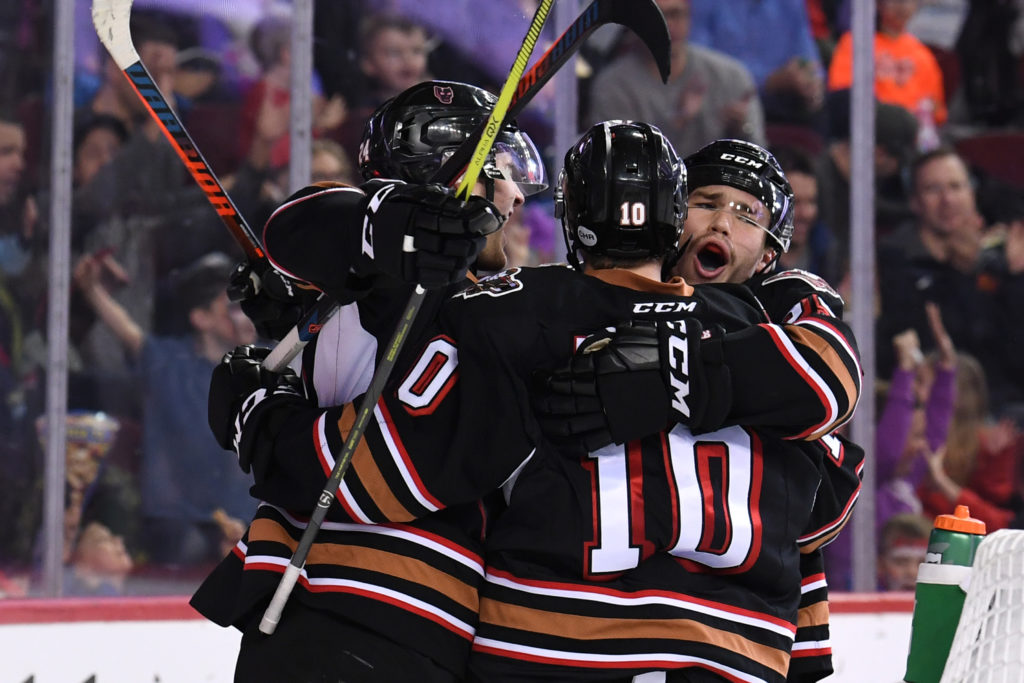 Add another win to the column.

The Hitmen wrapped up the three-in-three weekend with a dominating 5-1 win over the Moose Jaw Warriors to pick up their second straight win.

With little rest, they didn’t look one bit tired.

“To get the response we did last night from Friday and then to rise up against another good team was huge,” head coach Steve Hamilton said. “The schedule didn’t favour anyone, I loved our start and we just got into our groove.

“I thought Jack set the tone and we responded in front of him.”

Kaden Elder led the way with two goals and an assist while James Malm also scored a pair of markers including one into an empty net to seal the victory. Egor Zamula also found the back of the net while Jack McNaughton was stellar stopping 33 shots.

Just Almeida scored the lone Warriors goal and Adam Evanoff made 29 saves as the Warriors saw their eight game winning streak come to an end.

This was the first time in his entire hockey career that McNaughton played in three straight games with Sunday’s performance arguably being his best.

It was just another day at the office for the goaltender who made several highlight reel saves including stopping a cross-crease play in the third period.

“My mind kind of blanked and I just followed the puck and got a glove on it,” McNaughton said. “It was huge for us and I think the team got a little more pumped up to kill of the rest of the penalty.

“I’ve never played this many games in a weekend, it was definitely something new for me but I had a blast. Helping the team get the points was huge.”

As mentioned previously by the Hitmen head coach, the Hitmen have found success this season when playing on little rest and this weekend was no different.

With four of six points picked up, they continue to stay in the hunt for a playoff spot, trailing Medicine Hat by four points for a wildcard spot.

“We had a lot of energy on the bench and that helped us,” Elder said. “It’s a little weird but we play well when we are tired.

“It doesn’t seem to matter what the stretch is, we get into the grind and find a way to get the energy to bear down and get the job done.”

The Hitmen will now enjoy some days off before they return to action Friday night against the Swift Current Broncos, and Sunday against Kamloops for The Brick Teddy Bear Toss Game.

“We have to prioritize Friday first,” Hamilton said. “Teddy Bear Toss in my experience has always been a big deal but I know it’s a super big deal here in Calgary.

“We want to focus on Friday first then reset and move onto that game.”