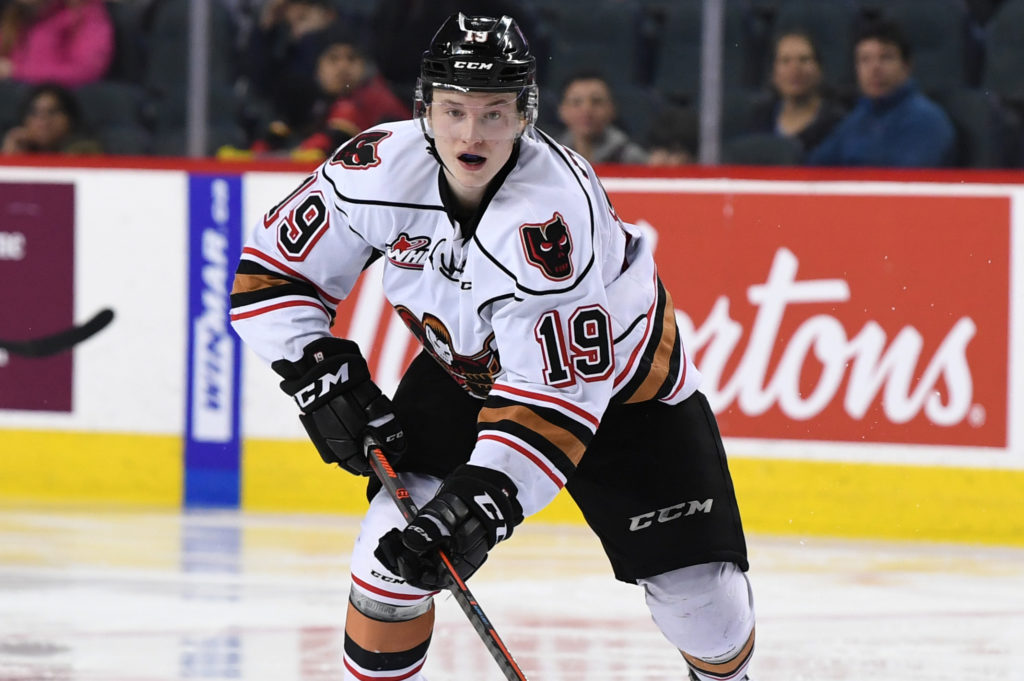 The Hitmen opened up the 2019/20 WHL regular season with a 3-2 overtime loss on the road in Swift Current Saturday night.

Carson Focht had a team-high two points with a goal and an assist while Egor Zamula supplied the other Hitmen marker late in the third period to force the extra session. Carl Stankowski got the start in goal and ended with 19 saves in the loss.

For Swift Current, Carter Chorney, Ethan Reigner and Joona Kiviniemi supplied the goals to defend home ice in picking up the win. Goaltender Issac Poulter played a huge role in getting the Broncos the two points, ending with 34 saves.

The Hitmen were able to tie up the contest twice but played catch-up for most of the evening which proved to be costly and couldn’t get in sync with a handful of narrow missed passes around the slot.

After Chorney struck first for the Broncos, Focht would respond as the Vancouver Canucks prospect took a feed from Orca Wiesblatt and found the top corner of the net to even the contest up at one headed into the second period.

Swift Current would strike again, this time early =in the frame on a penalty shot as Reigner got the puck to squeeze between the pads of Stankowski for a 2-1 advantage that they held onto headed into the third.

With the Broncos offering little to no room to operate trying to hold onto lead, the Hitmen pressed on but found themselves left with little answers. The break they were looking for finally came with 17.8 seconds and the extra attacker on, as Zamula would fire a shot from the point through a crowd to even the game up again.

The Hitmen had a glorious chance to win the game in overtime when Josh Prokop was awarded a penalty shot but Poulter was able to stand tall and deny the forward from ending the game.

It was then the Broncos turn for a big opportunity and they didn’t waste it as with five seconds to go, they were awarded a power play and struck with just one second remaining courtesy of Kiviniemi for the win.

The outlook now shifts to next weekend where the Hitmen will play a big three-in-three starting Friday night at home against the Edmonton Oil Kings. Saturday night will then see them travel to Red Deer to take on the Rebels before wrapping things up Sunday afternoon back at the ‘Dome against another Central Division opponent in Medicine Hat.