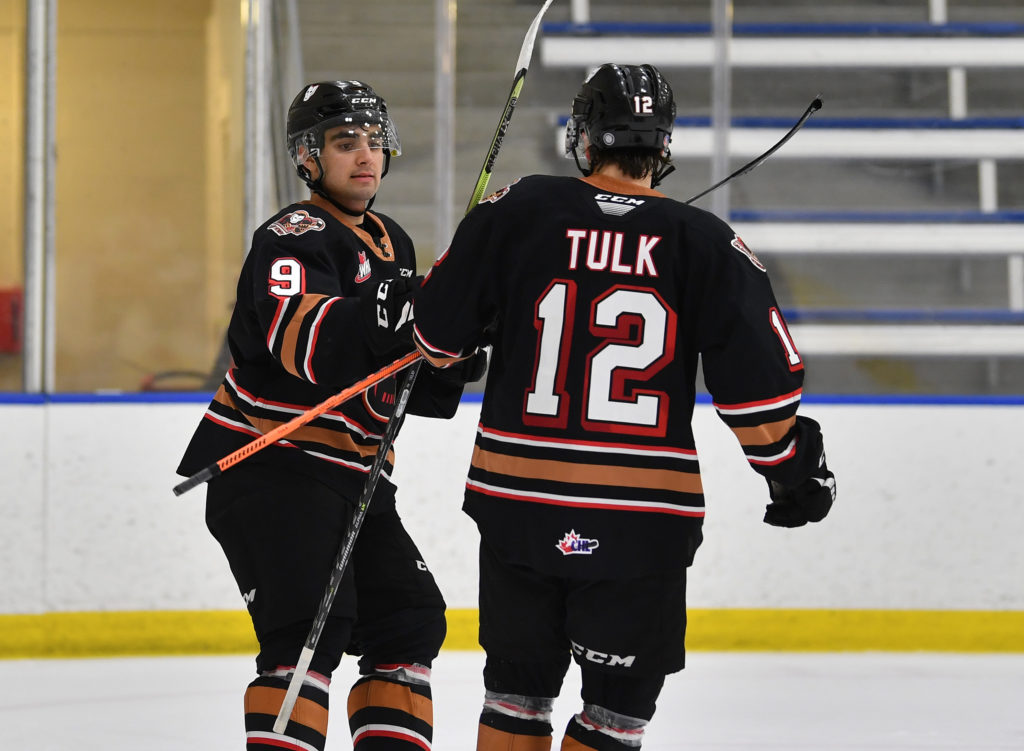 The Calgary Hitmen extended their pre-season win streak to three with a win over the Edmonton Oil Kings Friday night.

Ethan Moore opened up the scoring for Calgary half way through the first. It was followed up by a power play goal from Billal Noori at the end of the period heading into the second with a 2-0 lead.

The second remained scoreless until Oliver Tulk found the back of the net on a feed from Noori with two minutes to go in the period. Edmonton finally cracked the scoreboard with a goal from John Szabo on the power play at 9:41 into the third. Calgary restored the three goal lead on a power play goal from Zac Funk, capitalizing on a two man advantage to come out with a 4-1 victory over the home team.

Calgary returns home tomorrow to host the Oil Kings at the Deerfoot Sportsplex on Siksika Nation. Game time is 7:00 p.m. Entrance is free and fans are encouraged to bring a non-perishable food item or an article of winter clothing for donation upon entry.