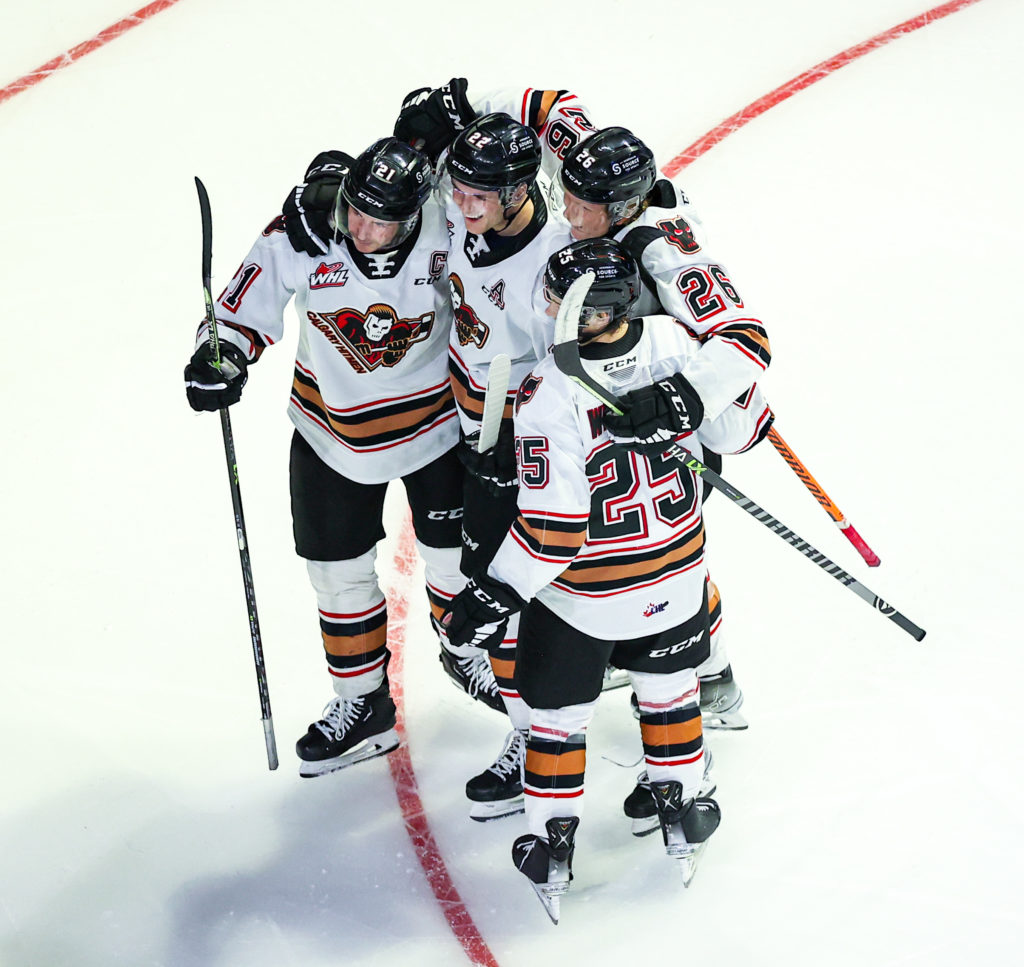 The Calgary Hitmen made stop number two on their U.S. Division road trip today in Everett against the Silvertips at Angel of the Winds Arena. Calgary came out victorious with a 6-3 win over the home team.

A high shot clock and three goals at the start of the third period helped extend Calgary’s win streak to seven. Everett opened up the scoring with a goal from Steel Quiring at 9:28 in the first period. Ethan Moore answered the lone Everett goal in the second with the helper from Zac Funk. Everett regained the lead with one from Vincent Lamanna on the power play to make it 2-1. Calgary had an answer once again, this time from Billal Noori for his third of the season. Everett was able to net one more before the end of the second from Ben Hemmerling to make it 3-2.

Calgary started the third period outshooting the home team 36-15. Zac Funk came in guns blazing in the third tying the game only a minute into the period and scoring again on the power play to give Calgary their first lead of the game. Another quick one from Grayden Siepmann extended the Calgary lead to two with a bar down laser on Everett netminder Braden Holt. This would make for three goals in the first three minutes of the third period.

A couple power plays for Everett allowed a late push but it was unsuccessful with Tyson Galloway securing the game with an empty net goal. Calgary outshot Everett 46-27.

Calgary will enjoy a one-day break before facing the Winterhawks in Portland on Tues. Nov. 15.  The road trip then heads to Tri-City (Fri. Nov. 18) and Spokane (Sat. Nov. 19).  The next Hitmen home game is not until Friday, Nov. 25 when they welcome the Prince Albert Raiders to Scotiabank Saddledome for a 7:00 p.m. start.