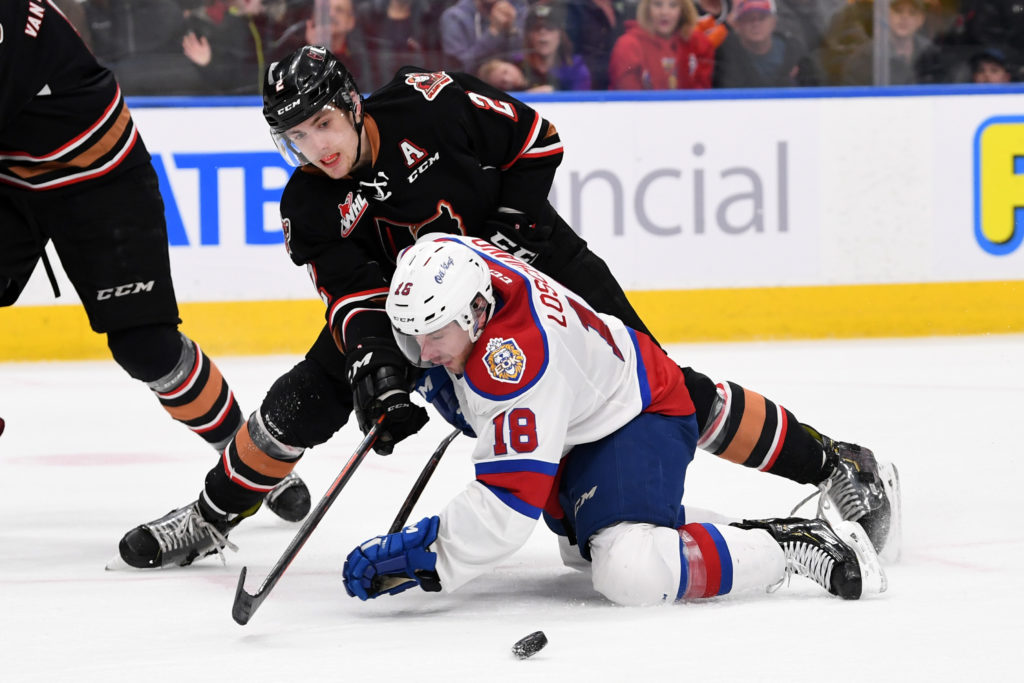 Airdrie, AB product Jake Neighbours scored twice, including the overtime winner 3:20 into extra time, to lift the Edmonton Oil Kings past the Calgary Hitmen 3-2 on Saturday night at Rogers Place.

Edmonton erased a 2-0 deficit netting a pair of goals in the final five minutes, one from Parker Gavlas before the trying marker from Neighbours with 14.3 seconds remaining.

Kaden Elder and Luke Coleman replied for the Hitmen.  For Elder it was his second goal of the post season and Coleman’s fourth.

Edmonton outshot Calgary 34-22 including 3-0 in overtime.

Hitmen playoff tickets are on sale now and can be purchased through Ticketmaster.ca, HitmenHockey.com or at the Scotiabank Saddledome Box Office.  Single game tickets start at $22.49 for adults, $12.99 for kids 12 and under and group tickets for $13.99 plus applicable fees and taxes.

Also available is the Calgary Co-op Family Playoff Pack which includes four tickets, four hot hogs, four soft drinks and one popcorn for $74.99.  This deal can be purchased at all Calgary Co-op locations.