Hitmen Fall Short In A Shootout 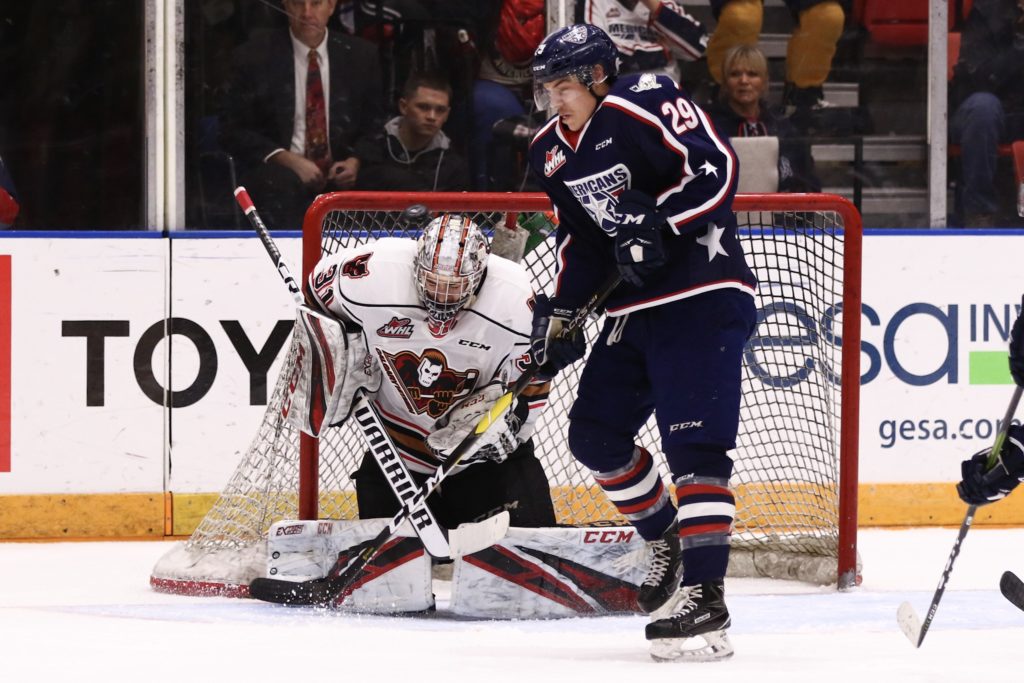 Call it a successful swing.

Despite a 3-2 shootout loss to the Tri-City Americans Saturday night to wrap up the U.S. portion of the road trip, the Hitmen finished at 3-1-0-1 against the division to pick up seven out of 10 points in the five games.

Riley Stotts and Carson Focht provided the goals while goaltender Jack McNaughton made sure the Hitmen picked up a point with a 29 save performance.

Tri-City saw goals from Blake Stevenson and Sasha Mutala in regulation, with Kyle Olson and Isaac Johnson scoring in the shootout. Beck Warm stopped 38 shots in regulation and both shootout attempts to pick up the win.

The Hitmen would get on the board first as Stotts would follow up off of a Cael Zimmerman shot that was kicked out right onto the Toronto Maple Leafs prospect stick who made no mistake on picking up his seventh goal of the season. With an 18-shot effort in the second period, Focht would score on the powerplay against his former club off a wrist shot coming in the high slot into the top corner to give the Hitmen a 2-0 lead headed into the third stanza.

Just when the Hitmen seemed to be well on their way to their third straight win, Stevenson would intercept a clearing attempt up the middle and fire a shot that fooled everyone and cut the game to 2-1 with 10 minutes left to play.

With their goaltender on the bench, Mutala would even the game up on a backdoor feed to send the game into overtime. Both sides saw quality chances in overtime with McNaughton making two big stops and Focht deflecting a shot that went off the crossbar.

The Hitmen would fail to score on two attempts in the shootout while the Ams saw two go in the other way to complete the comeback.

Friday night will see the Hitmen return to action as they kick off a three-in-three weekend and wrap up the road trip in Red Deer.