HITMEN FALL TO BRONCOS IN SHOOTOUT 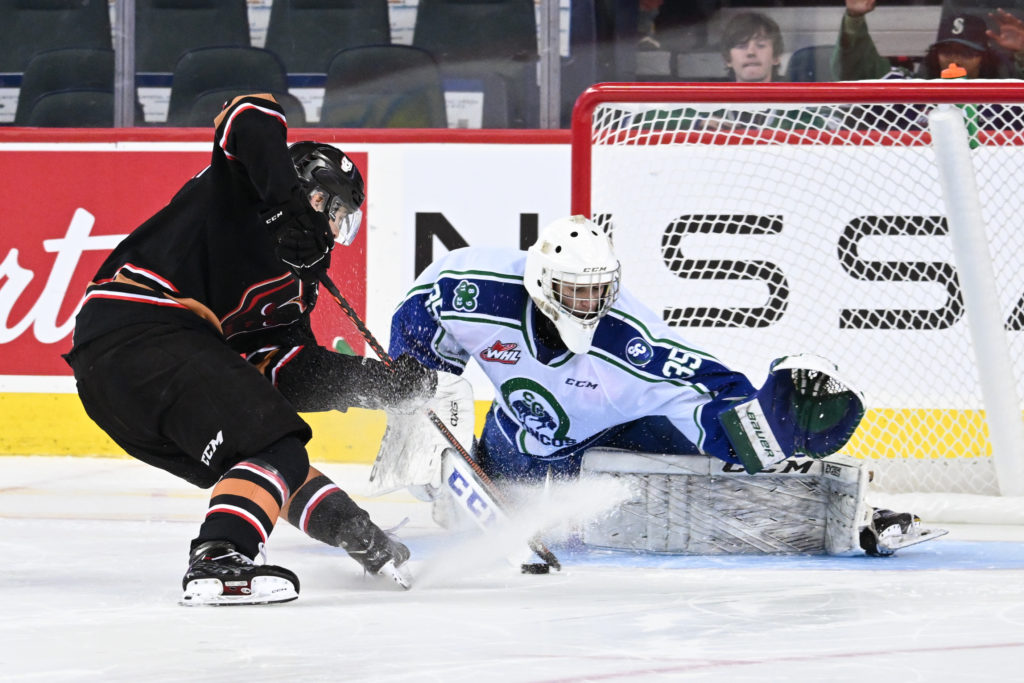 The Calgary Hitmen hit home ice for the first time in the 2022-23 season at the Scotiabank Saddledome when they welcomed the Swift Current Broncos Saturday night. After taking the first half of the home-and-home set with Swift Current, Calgary split the opening weekend with a shootout loss..

Calgary wasted no time opening up the scoring with Oliver Tulk scoring his first of the season 20 seconds in to the period. That would be the lone goal of the period with both net minders shutting the door on both sides.  The scoreboard finally saw action again with Swift Current tying the game with one from Clarke Caswell.

Billal Noori scored his first of the season on a feed from Chase Valliant to regain the lead heading into the final frame. Once again, the lead was answered by Swift Current, tying the game in the latter half of the period on the power play. A breakaway opportunity from Maxim Muranov with under five minutes to go was denied by Swift Current’s Joey Rocha ultimately pushing the game to overtime. Calgary dominated extra time but were unable to find the back of the net forcing the game to a shootout.

All Calgary shooters were denied with the lone shootout goal coming from Swift Current’s Luke Mistelbacher. Brayden Peters earned first star making 35 saves in his first start of the 2022-23 season. Shots finished 31-21 for the visiting team.

Calgary returns to home ice again on Sunday, October 2nd when they host the Regina Pats.

Fans can still purchase a season pass for the 2022-23 campaign which sees a per game cost of $20.09 for adults, $12.50 for seniors and $10 per child.  It includes 27 regular season home games at the ‘Dome, six games at Seven Chiefs Sportsplex, a $50 C of Red Card, a Wranglers ticket, a Roughnecks ticket plus several other exciting offers.  Find full details at hitmenhockey.com/cgyhockeyclub