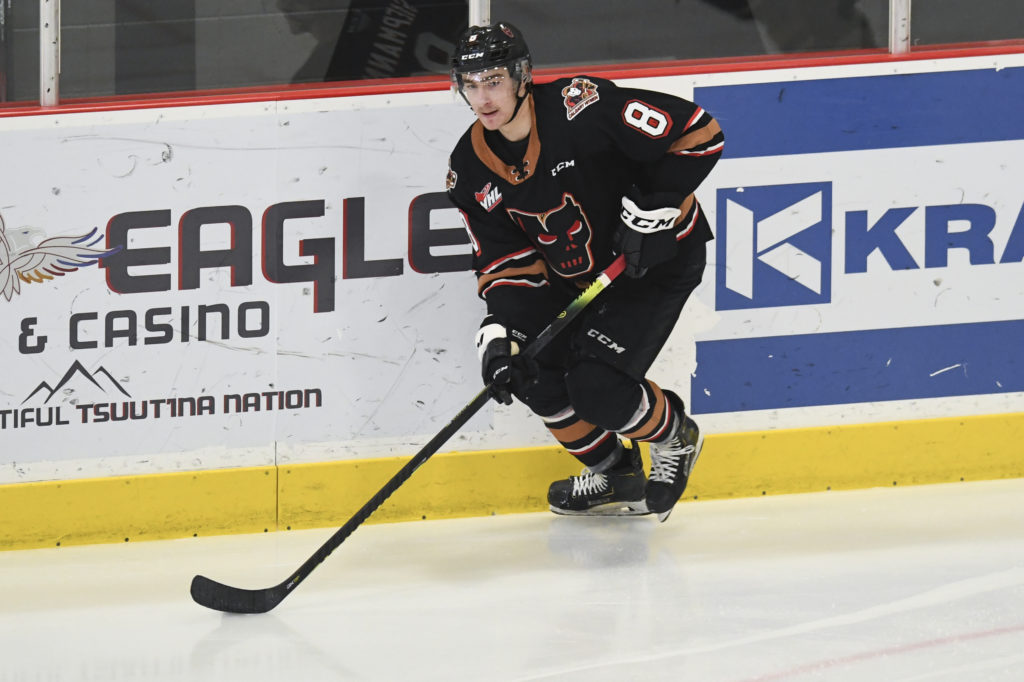 The Calgary Hitmen opened the 2021-22 Western Hockey League regular season on the road Friday night with a 9-2 loss to the Lethbridge Hurricanes at ENMAX Centre.

Noah Boyko powered the Hurricanes attack notching his second career hat-trick while linemate Adam Hall tallied five points with a goal and four assists.  Jett Jones, Logan McCutcheon, Alex Thacker, Chase Wheatcroft and Logan Barlage also found the back of the net for the home side.

The Hitmen received their markers from David Adaszynski and Adam Kydd.  For Adaszynski, a 16-year-old freshman from Coquitlum, BC, it was his first WHL goal. Calgary, which trailed 4-2 after the opening period and 6-2 through 40 minutes, dressed a youthful lineup on opening night.  With Jackson van de Leest and Tyson Galloway still attending NHL camps plus injuries to veterans Cael Zimmerman and Owen Palfreyman, eight Hitmen made their WHL regular season debut.

In their first of eight meetings this season, the ’Canes outshot Calgary 44-43.

The Hitmen will now get set for their home opener on Sunday, Oct. 3 in a rematch with Lethbridge.  Game time is 2:00 p.m. at Scotiabank Saddledome which coincides with the start of Fire Prevention week.  The first 400 fans in the building will receive a free smoke detector from the Calgary Fire Department.