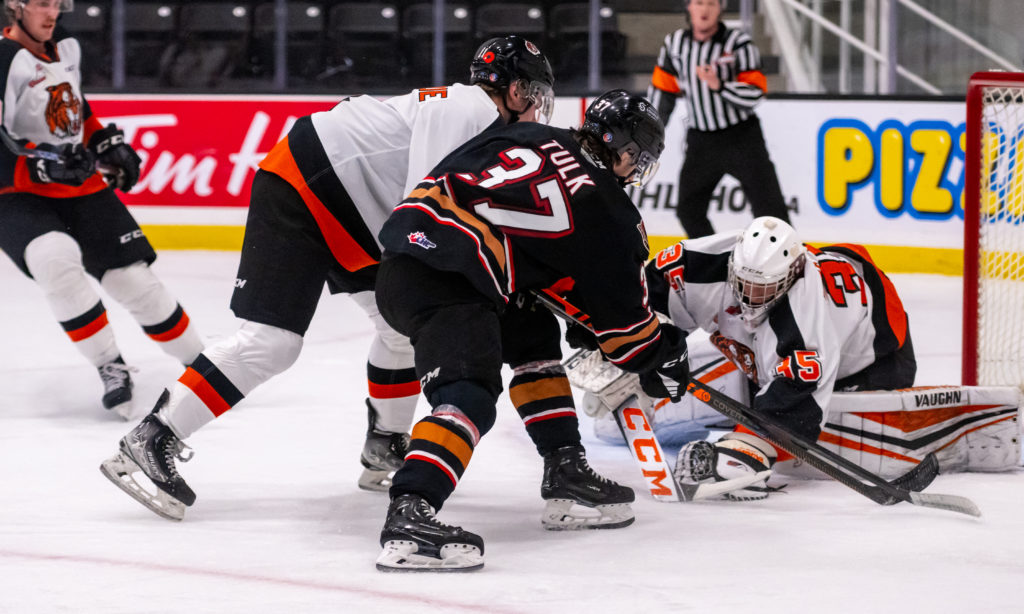 Playing their second game in as many nights the Calgary Hitmen dropped a 7-1 decision to the Tigers in Medicine Hat on Saturday at Co-op Place.

The turning point came late in the second period with the Hitmen trailing 2-1, Medicine Hat scored a pair of goals just 17 seconds apart to open a 4-1 lead.

Oliver Tulk with his 18th marker of the season provided the lone goal for the visitors on a night where they were outshot 31-30. Shane Smith powered the Tigers attack with a pair of goals while Pavel Bocharov, Hunter St. Martin, Cayden Lindstrom, Kurtis Smythe and Josh Van Mulligan added singles.

On the special teams front Calgary was 0-4 on the power play with Medicine Hat 1-5.

The Hitmen will now get set to wrap up the weekend tomorrow, Sunday, Jan. 22 at home against Red Deer.  Game time is 4:00 p.m. at Scotiabank Saddledome for another Sunday Funday, presented by Brookfield Residential.  In addition to $2 sips and snacks specials all game long, look for concourse activities from TELUS Spark and a cast of characters outfitted by the Costume Shoppe.  There are also $6 Hitmen Happy Hour food and drink deals throughout the day and a post-game family skate.