Hitmen Fall To The Broncos 5-1 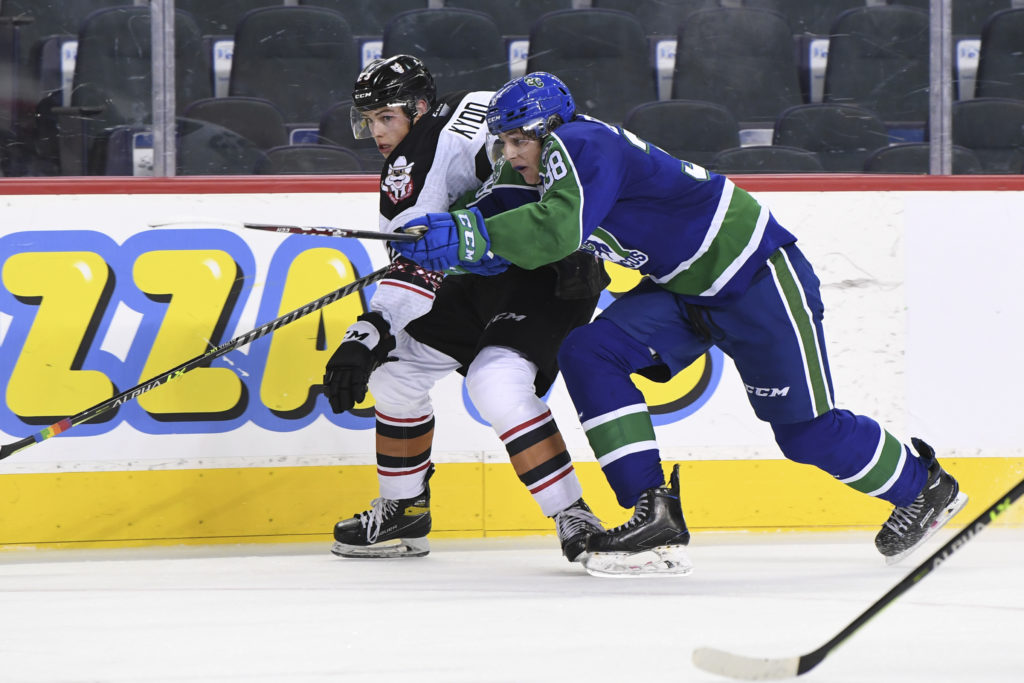 Powered by a four-goal second period, the Swift Current Broncos skated to a 5-1 win over the Calgary Hitmen on Friday night at Innovation Credit Union i-plex.

Rookie forward Oliver Tulk, with his second marker of the season, was the lone Hitmen shooter to beat Isaac Poulter.  The Broncos goaltender finished with 34 saves helping Swift Current to their first victory over Calgary this season in three tries.

Final shots were 35-20 Hitmen as Brayden Peters and Ethan Buenaventura spilt the Calgary goaltending duties.  Peters got the start, his 12th consecutive, and made seven saves while Buenaventura turned aside all eight shots he faced in his first career Western Hockey League regular season appearance.

The Hitmen, now 5-7, are back on the ice tomorrow, Saturday, Nov. 13 in Medicine Hat to open a home-and-home set with the Tigers.  Calgary will then welcome their Central Division rivals for a rematch the next day on Sunday, Nov. 14.  The 4:00 p.m. start will be another Sunday Funday at Scotiabank Saddledome featuring “Farley’s Family Feast” with special $2 prices for cotton candy, water, pop, hot dogs and popcorn.  There are also select $5 menu items as well.