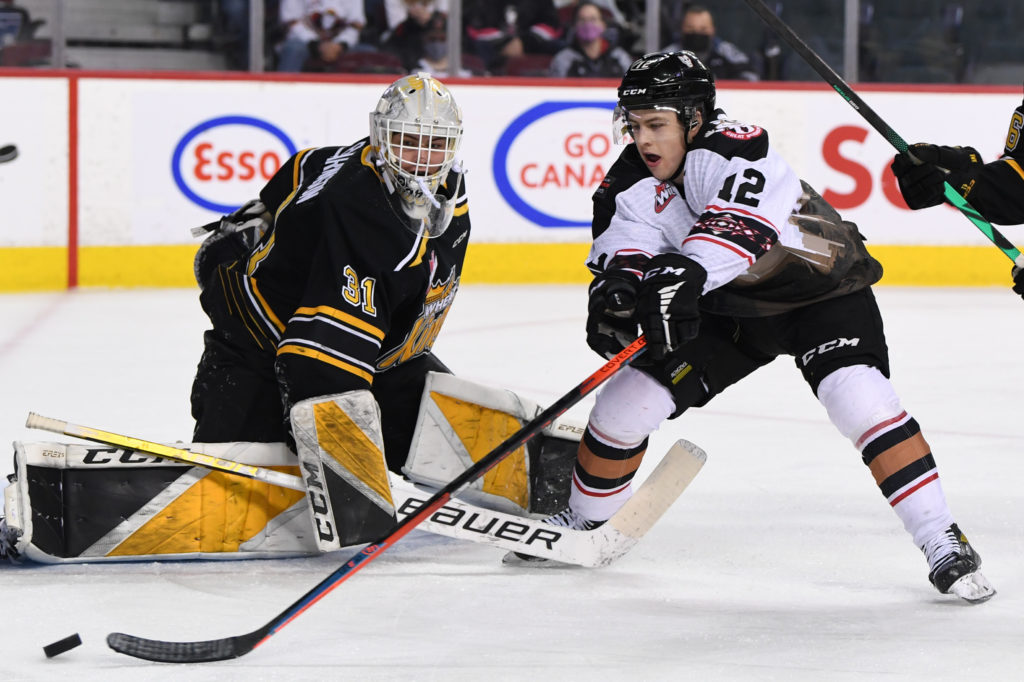 Regulation time wasn’t enough in a close battle between the Calgary Hitmen and the Brandon Wheat Kings at the Scotiabank Saddledome.

Mason Ward opened up the scoring for Brandon on the power play 9:46 into the period. The goal wasn’t answered until the second period, when newly appointed Captain Cael Zimmerman found the back of the net for the equalizer. Zac Funk gave Calgary the lead with his 11th of the season, but it was quickly followed up with a goal from Nolan Ritchie less than a minute later to end the second period tied at two.

The third period remained scoreless forcing overtime for only the sixth time this season. With just under two minutes left in extra time, Ritchie banked one home off of the skate of Blake Stevenson for his second of the game to give Brandon the 3-2 overtime win.