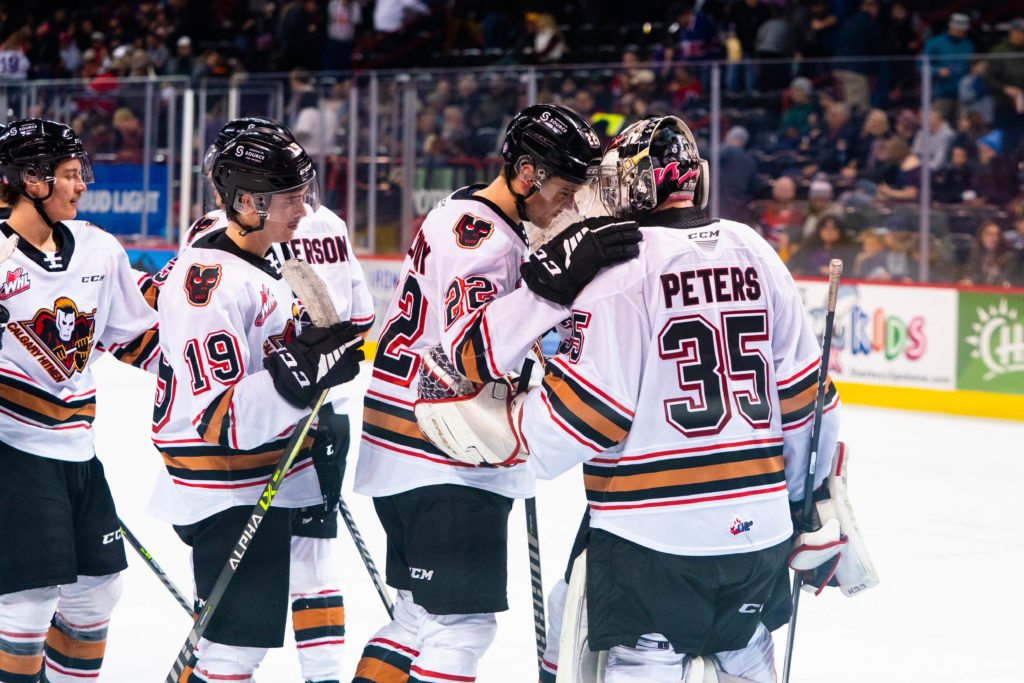 The Calgary Hitmen put the finishing touches on their five-game U.S. road trip tonight in Spokane against the Chiefs.

The home team was the first to strike with Carter Streek finding the back of the net at 5:09 in the first. Riley Fiddler-Schultz answered back with his 12th of the season. Grayden Siepmann put one more away for Calgary before the end of the first to give them the lead after the first 20 minutes.

Jacob Wright would kick things off in the second period with helpers from Carson Wetsch and Grayden Siepmann. Jake Gudelj put his team back on the board again shortly after to make the score 3-2. Calgary pulled away in the second half of the period with goals from Matteo Danis and Zac Funk to give Calgary the three goal lead heading into the final frame. Carson Wetsch would put home one more in the third period to propel Calgary to a 6-2 win over Spokane.

Calgary clocked their highest shot count of the season in tonight’s win outshooting Spokane 60-29. Grayden Siepmann and Carson Wetsch both collected three points, tallying a goal and two assists each.

Calgary will now enjoy a five-day break before returning to home ice on Friday, Nov. 25 against the Prince Albert Raiders.  Game time at Scotiabank Saddledome is 7:00 p.m.  It will be the start of a three-game weekend with a visit to Medicine Hat on Saturday, Nov. 26 followed by a return to the ‘Dome to host Red Deer on Sunday, Nov. 27 at 6:00 p.m.