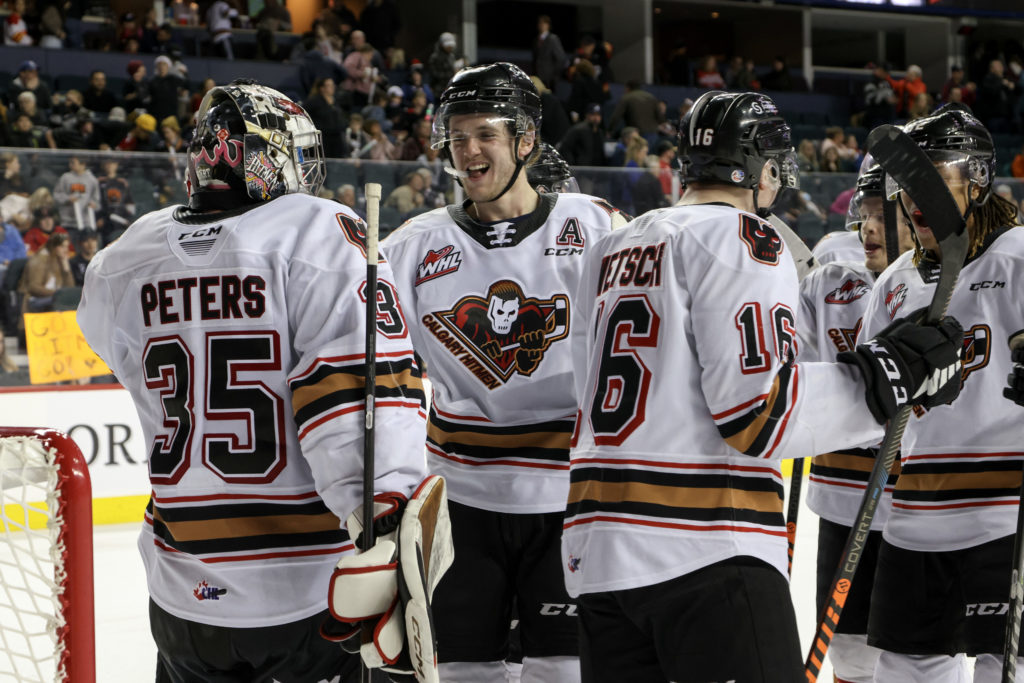 The Calgary Hitmen finished off three games in three days in a winning fashion defeating the Red Deer Rebels 4-2 at the Scotiabank Saddledome.

Red Deer opened up the scoring in the first period with a goal from Jace Isley  Red Deer held on to the one goal lead for the majority of the frame but would give one up to Grayden Siepmann on the power play,  tying the game with four seconds left in the period. An early power play goal from Jayden Grubbe in the second period gave Red Deer back the lead. The two clubs would trade penalties for the rest of the period but the scoreboard remained dormant until Matteo Danis tapped one in off a pass from Sean Tschigerl to tie things up once again. Tschigerl would net one more for Calgary on the power play with under two minutes to go in the second, taking their first lead of the game.

London Hoilett would score the insurance goal in the third period extending his point streak to three games. Returning to the lineup after being out multiple games due to injury was Sean Tschigerl, who tallied a goal and an assist earning first star of the game. Brayden Peters earned third star making 32 saves in tonight’s contest.

Calgary remains sixth in the Eastern Conference and third in the Central Division just three points back of the Lethbridge Hurricanes.

Calgary is idle until Friday, Jan. 27 when they head to Edmonton to meet the Oil Kings.  Less than 24 hours later they will be back home for a 2:00 p.m. start against the Saskatoon Blades on Saturday, Jan. 28 at Seven Chiefs Sportsplex on Tsuut’ina Nation.