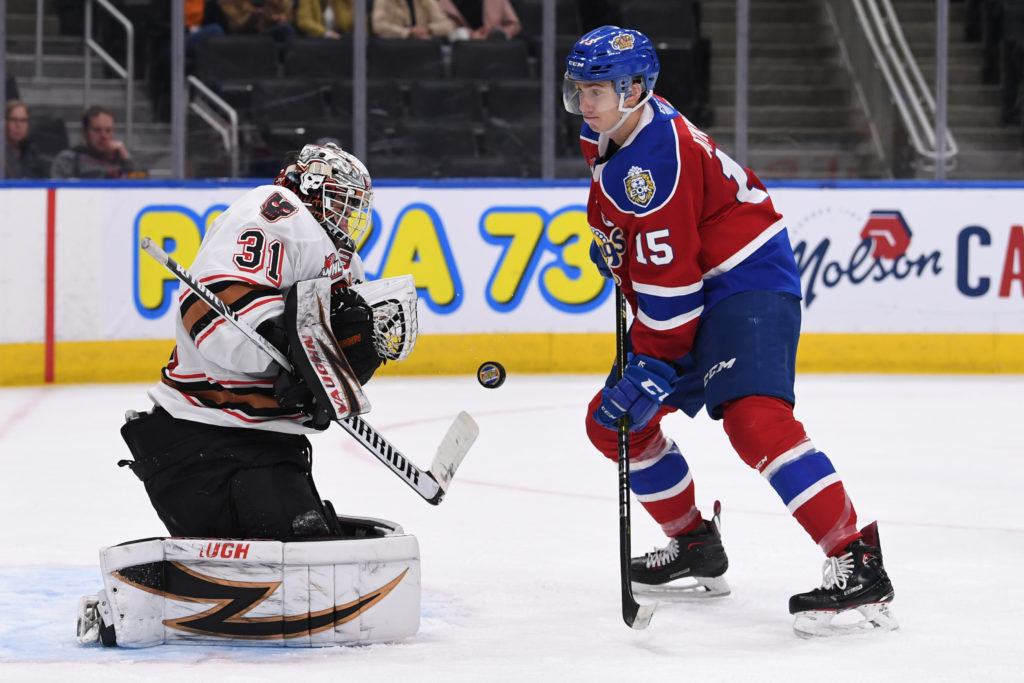 Carter Souch led the home side with three goals, completing the hat-trick with an empty net marker.

Riley Sawchuk, Ethan McIndoe and Connor McDonald also found the back of the net for the victors.

Egor Zamula, Carson Focht, Mark Kastelic and Sean Tschigerl replied for the Hitmen who built a 2-0 first period lead but trailed 4-3 through 40 minutes.

The two teams combined for six power play goals with the Oil Kings going 4-6 with the man advantage and Calgary 2-4.

Calgary returns to Scotiabank Saddledome on Thanksgiving Monday to open a three-game homestand against the Saskatoon Blades.  Game time is 2:00 p.m. for the holiday matinee presented by Rangeland Engineering. The Oct. 14 contest will feature AirBand Together for a Wish, presented by euroPRODUCTIONS, which will see several teams compete in an air band competition in The Club before the game. All proceeds will be directed to the Children’s Wish Foundation and the Hitmen will facilitate a wish grant during the first intermission.