Hitmen Impress In Victory Over Blades 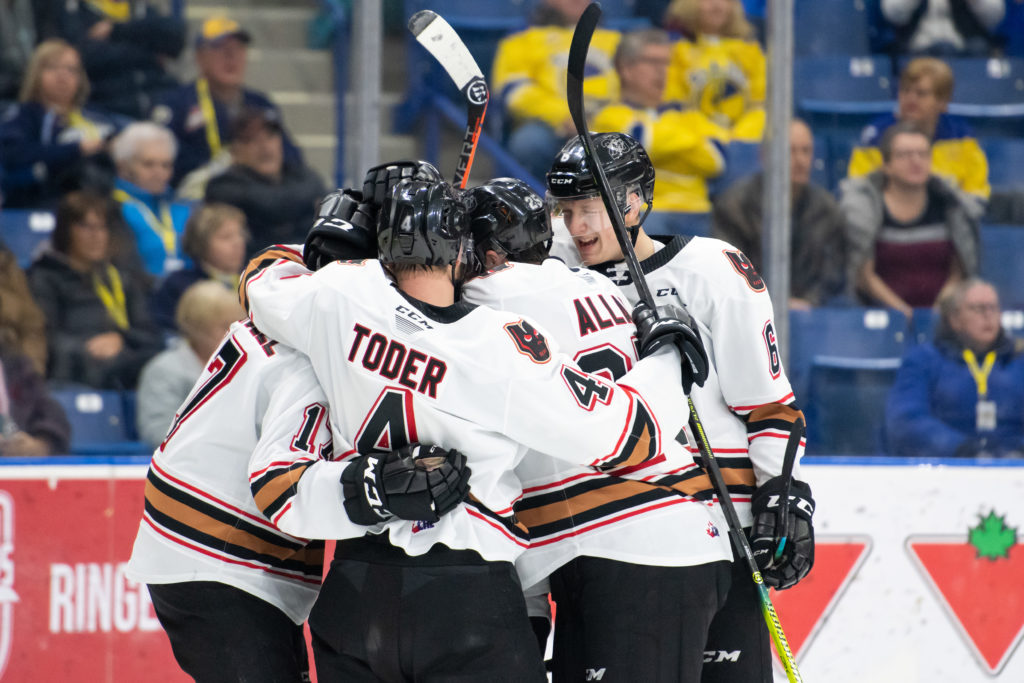 The Hitmen kicked off a five-game road trip in a big way with a 4-1 victory over the Saskatoon Blades to improve their record to 10-6-1-1 on the season.

Mark Kastelic scored a pair of markers to surpass 100 career WHL goals to lead the offensive output while Luke Prokop and Hunter Campbell added single markers. Goaltender Jack McNaughton made 18 saves to pick up his sixth win of the season, standing tall and making key saves in critical times.

Riley McKay provided the lone goal for the home side while Nolan Maier finished the contest with 24 saves.

It was a fast start for the visitors jumping out to an 8-2 shot advantage before Kastelic would strike first as Riley Stotts forced a turnover and the captain picked up the puck while quickly turning and firing through the pads of the Blades netminder.

Four minutes later, the younger Prokop brother fired a wrist shot through a maze from the point that found the sweet spot under the crossbar for his second of the season and extended the lead to two. Before the period expired however, the Blades got one back as McKay took a shot-pass in front of the crease to deflect it into the back of the net on the power play.

With a scrum to finish the period, the Hitmen were faced with a long 5-on-3 penalty kill to start the second stanza, but they did their job in killing it off and then took over the game.

Working around in the offensive zone, Jonas Peterek came off the half wall and threw a shot on goal with the big body Kastelic deflecting his second of the night and goal number 101. Five minutes later, the Hitmen continued the attack as Campbell scored his first goal of the season off another deflection in the slot to extend the lead to 4-1.

That was all the offence that the Hitmen needed as it was an impressive defensive performance, holding the Blades to just 10 shots through the first two periods and keeping the attackers on the outside for most of the night to help make life easier for McNaughton.

Another milestone was achieved in the victory as McNaughton moved to 13th place on the franchise record all-time saves list with 1,370 stops and counting.

The outlook now shifts over to tomorrow night for the second meeting of the season against the Prince Albert Raiders, as they looking to build off of this strong performance.