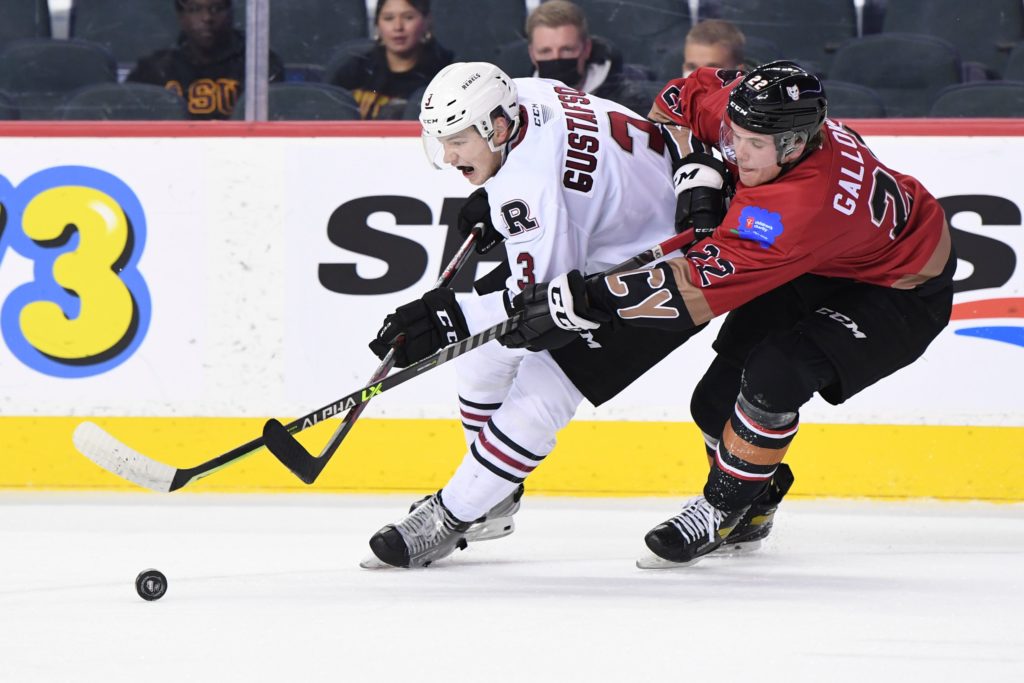 The Calgary Hitmen suffered an 8-1 loss to the Red Deer Rebels at the Scotiabank Saddledome Friday night.

Veteran’s Cael Zimmerman and Jackson van de Leest returned to the lineup for the match up while recent acquisitions, Keagan Slaney and Blake Heward, made their debuts as Hitmen.

Arshdeep Bains led the Rebels attack with a hat trick, while Kai Uchacz, Blake Stevenson, Liam Keeler and Christoffer Sedoff potted the other five Red Deer goals. The lone Hitmen goal was put in the back of the net by Sean Tschigerl at 9:50 into the first with an assist from Riley Fiddler-Schultz.

With both teams in and out of the penalty box, the Rebels managed to net four goals to make the score 7 -1 after 40 minutes of play. Alex Garrett started the third period in net replacing net minder Brayden Peters, but it wasn’t long into the period when Keeler netted his second of night, making the final score 8-1 for the Rebels.

The Hitmen sported their specially designed Real Canadian Superstore #CHLLeaveYourMark jersey in tonight’s game as designed by contest winner, Ali. The red sweaters, which feature the Calgary skyline, will all be auctioned off next week with proceeds going to the PC Children’s Charity.

The Hitmen make the return trip to Red Deer tomorrow, Saturday, Oct. 16 to face the Rebels in the rematch.  Game time is 1:00 p.m. MT. The game will air on Sportsnet 960-The Fan and can be seen on CBC as part of the CHL on CBC.

The ENMAX Teddy Bear Toss Is Back
1 day ago