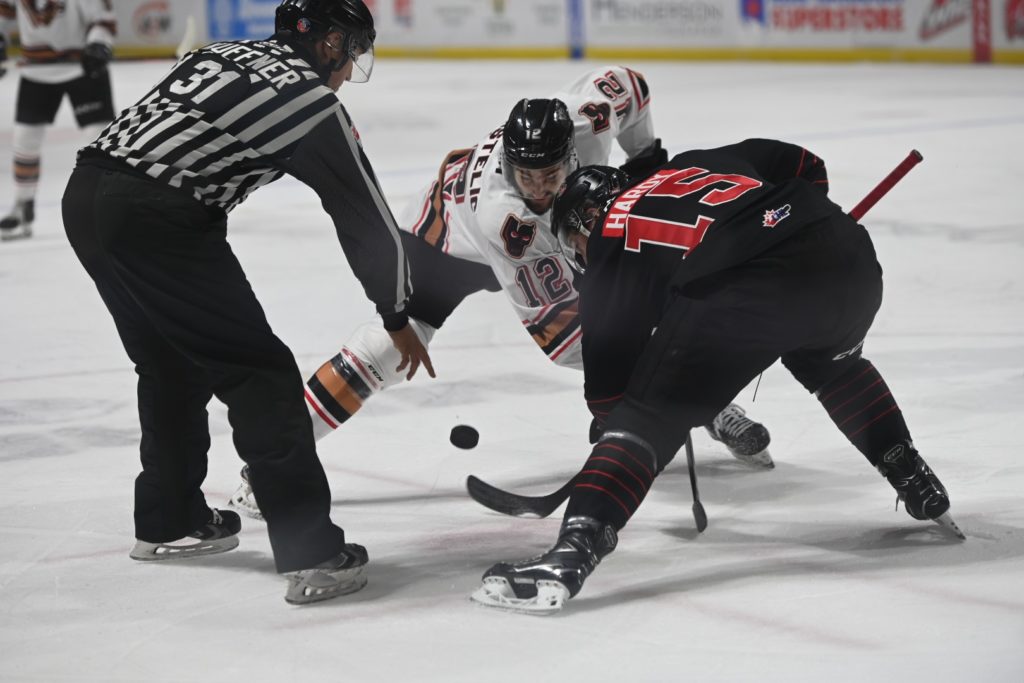 The Calgary Hitmen ran their winning streak to three games with a 4-2 victory over the Moose Jaw Warriors on Friday night at Mosaic Place.

Special teams were a major factor as Calgary scored twice on the power play and killed all three Moose Jaw chances.

Josh Prokop and Riley Stotts paved the way with a goal and an assist each while Jett Woo added two assists in his return to Moose Jaw.

Jonas Peterek and Carson Focht, into an empty net, also scored for the Hitmen.

Brayden Peters, making just his second career WHL start, made 20 saves including one on a  shorthanded breakaway to pick up the win.

Braden Miller and Owen Hardy netted goals for the Warriors who have now dropped six straight to the Hitmen dating back to last season.

Calgary, 7-2-1-0 will enjoy a day off before wrapping up their two-game Saskatchewan trip on Sunday, Oct. 27 in Regina against the Pats in the Prairie Classic outdoors at Mosiac Stadium.

The Hitmen then return to Scotiabank Saddledome on Monday, Oct. 28 for a 6:00 p.m. start against Seattle.  Doors open at 5:00 p.m. with kids invited to dress in their Halloween costumes and trick-or-treat on the concourse at marked concessions.  It’s also Wizarding Night as fans are encouraged to wear their best wizard inspired costumes, try butter brew and take photos on platform 9 ¾.