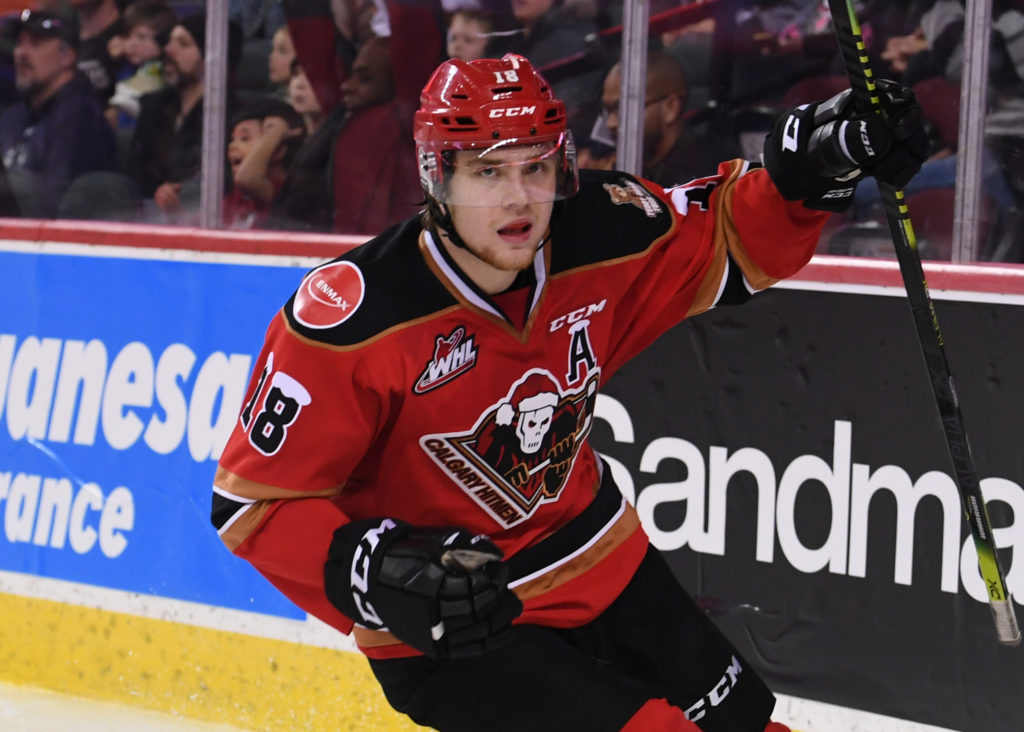 The dragon has been slayed.

It was only a matter of time until the Hitmen found a way to defeat their rivals Edmonton, and on Saturday night the wait was over with a thrilling 3-2 overtime win.

Mark Kastelic led the charge with a three point night with a goal and two assists while Riley Stotts added the other marker in regulation. Jett Woo played the role of hero with his fourth goal of the season just 2:30 into the extra session. Jack McNaughton made 19 stops to move one save ahead of Gerry Festa and into 12th place spot on the clubs all-time regular season saves list with 1,497.

For the Oil Kings, Ethan McIndoe and Josh Williams provided the markers while Sebastian Cossa stopped 34 shots in the loss.

The Hitmen came out strong carrying over the momentum from the third period from Friday night where they outshot Edmonton 23-2 and kept their foot on the gas into Saturday’s clash, controlling the play once again.

Stotts would open the scoring just three minutes into the contest as he took a pass from James Malm just above the crease and he was left all alone which gave him the time and space to spin and fire a backhander for his 12th goal of the year.

The captain would then double the lead on the power play as he parked himself right in front of the net and did one of many things he has done best, deflect point shots. With the Hitmen working the puck around on the man-advantage, Egor Zamula fired a wrist shot through a crowd that Kastelic was able to tip into the top corner.

But the Oil Kings would fight back, scoring late in the second stanza and again seven minutes into the third period. It was a tightly contested third frame as both teams were playing it safe not wanting to make a mistake and it was only fitting an additional five minutes was needed.

Edmonton got their chances but it was the Hitmen who would capitalize on their lone shot in overtime. With a face-off in their own zone, Kastelic drew the puck back to Woo who went coast-to-coast and finished the play off with a backhand shot into the top right corner for the victory.

They were the better team, and they were rewarded for it.

Up next is a clash against the Everett Silvertips Sunday afternoon at the ‘Dome to wrap up the three-in-three weekend as they’ll look to make it two wins in a row.