Hitmen reflect on their outdoor start 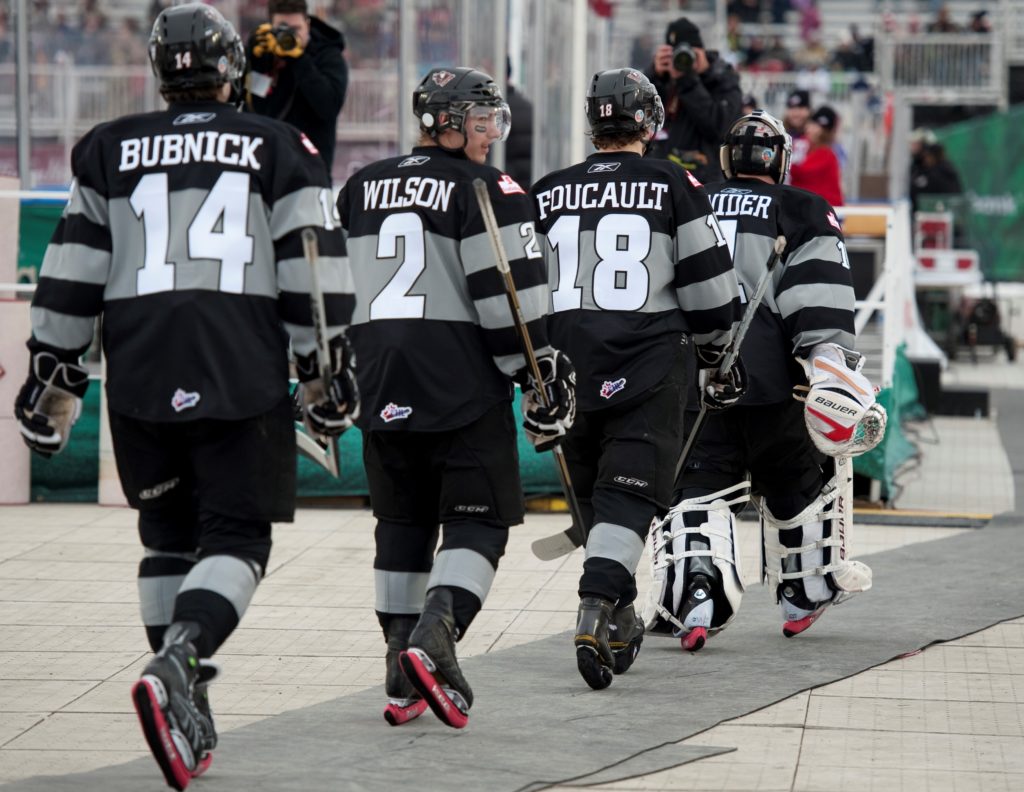 Taking the game back where it all began – outdoors.

The Calgary Hitmen and Regina Pats will play an outdoor game on Oct. 27 at Mosaic Stadium for the Prairie Classic as part of the Tim Hortons NHL Heritage Classic Week.

The tilt comes a day after the Flames face the Winnipeg Jets on the same ice.

“It’s going to be special to share that moment with the group that we have,” Hitmen defenceman Dakota Krebs said. “Not everyone gets the chance to be a part of an event like this and it truly is an honour.

“I remember when I was younger, my dad would make a rink in our backyard and myself, Peyton and Dru would be out for three or four hours until our toes froze off. That’s where my love for the game started.

“To get to relive that moment and feeling I had as a kid again 15 years later is surreal and going to be a once-in-a-lifetime experience.”

The two clubs are no strangers to playing outdoors, as back on Feb. 21, 2011 at McMahon Stadium they squared off in front of a Canadian Hockey League attendance record of 20,888 fans.

Fast forward eight years later and it’s time to run it back again.

“The stage doesn’t get any bigger than that,” Hitmen alumnus Ben Wilson said. “I remember we watched the Flames play the Habs the night before and afterwards it really kicked in for us that we were going to be out there playing the next day.

“It was still the same old game you played your whole life but it was definitely more memorable with the setting.

“We were pretty pumped to put those jerseys on and to step out onto the ice in front of that many fans.”

Hitmen General Manager Jeff Chynoweth was a part of the very first WHL outdoor clash between his then Kootenay ICE and Spokane Chiefs at Avista Stadium back in 2011.

“Although the score was 11-2 for Spokane it was something I’ll never forget with the atmosphere and buzz around it,” he said. “There haven’t been a lot of outdoor games in WHL history and this will go down as a major highlight for our players.

“We all grew up playing on outdoor rinks and having the opportunity to play in Mosaic Stadium will be a spectacle. A lot of work goes into it but it’s worth it for such a special night.

The game is a great addition to the upcoming 25th anniversary season for the Hitmen.

“We have a long proud rich history and to get to do this again in our anniversary year is the icing on the cake for everything,” Chynoweth said. “The whole organization is excited for such a prestigious event.

“It’ll be very similar to the Teddy Bear Toss and Be Brave, in that the stakes are higher but once you go out there you just play hockey,” Krebs added. “It’s something that’ll stay in the memory bank for years to come and to tell stories about when we get older.”