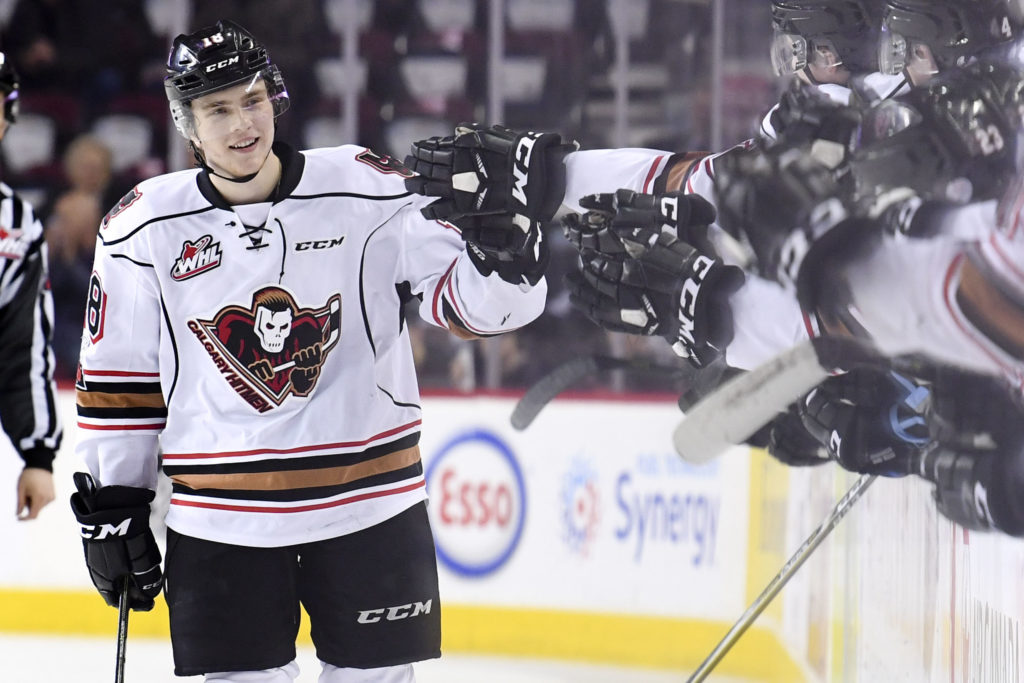 It was a full throttle performance.

Saturday night the Hitmen dominated with an impressive 5-1 win over the Red Deer Rebels on the road to improve to 2-0-1 on the new season.

Riley Stotts scored a natural hat-trick while Egor Zamula and Layne Toder also found the back of the net. Sophomores Luke Prokop and Riley Fiddler-Schultz also had multi-point nights with two assists while Jack McNaughton ended with 15 saves for the win.

The Hitmen opened up the scoring four minutes in on the power play when Zamula showed off the patience and used traffic in front to fire a wrister into the net for his second marker of the season. The Rebels were able to even things up on a 5-on-3 man advantage three minutes later.

But then Stotts took over.

His first marker of the night came on the power play after taking a feed from Jett Woo and fired a wrist shot into the top corner from the high slot.

The second period saw no scoring but then the Hitmen offence would explode in the last 20 minutes.

Just nine seconds into the frame, the Hitmen drove into the Rebels zone as the younger Prokop brother would find the 19-year-old Stotts in the slot and he made no mistake in doubling up on the lead.

A power play and even-strength goal, all that was left was a short-handed one. Just nine minutes after the opening goal of the third stanza, Stotts would do just that as he sped in to corral a loose puck behind the Rebels net and used a wrap-around to beat Fancy to complete the hat-trick.

Three minutes later, Toder would leave no doubt in the result as he unleashed a one-timer from the point to wrap up a three-goal third period effort.

It was a complete team effort as all four lines clicked in generating offence and applying pressure, while the defence made life easy for McNaughton for the goaltender to pick up his second win of the season.

With a 2-0 record on the weekend so far, the Hitmen will look to complete the perfect sweep tomorrow afternoon back at the Scotiabank Saddledome with a clash against Medicine Hat at 4 pm.