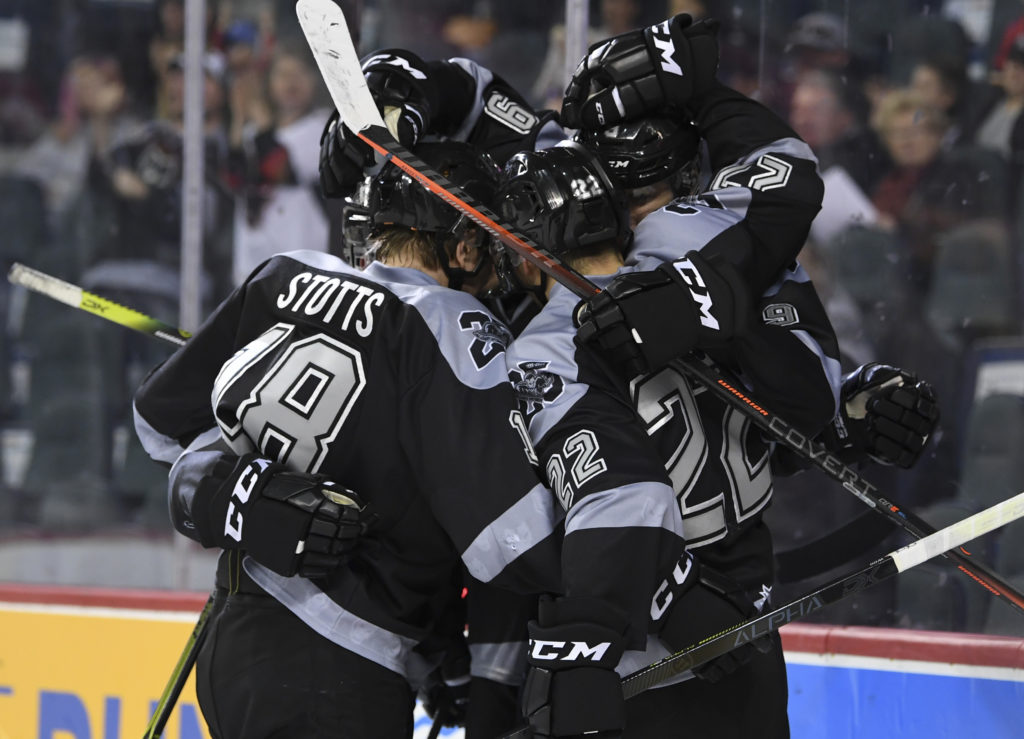 The Hitmen wrapped up the five-game road swing on a high note with a convincing 5-2 win against the Red Deer Rebels. With the victory the Hitmen are now 2-0-1 against the Rebels, with both wins coming on the road.

Mark Kastelic and Riley Stotts both finished with a team-high three points with two goals and an assist, while Josh Prokop added a single tally as the Hitmen improved to 24-15-4-1 on the season. Brayden Peters made 20 saves in his seventh start in the last nine games and picked up his eighth win of the campaign.

For the Rebels, Ben King and Jace Isley provided the goals and Ethan Anders ended with 24 saves in the loss.

It was a fast start for the visitors from the Stampede city as Kastelic deflected a Jett Woo point shot in between the pads of Anders just 5 minutes into the contest.

The second period saw the Hitmen continue to roll and pounce on their chances, as Stotts would score on a 5-on-3 advantage as Woo froze the Rebels defenders and goaltender before he slid the puck over to Stotts for the easy goal.

The captain would then strike again as the initial shot from Prokop slid past Anders stopping just before the goal line, but the 20-year-old was at the right place at the right time to finish it off.

For Kastelic, the markers were career goals 110 and 111 to move him past Brandon Segal and into fourth place on the clubs all-time goal scoring list.

Prokop would then give the Hitmen a 4-0 lead as he took advantage of the Rebels netminder being out of position to snap home his 11th of the season.

Things got interesting late with Red Deer finding two late markers but Stotts would make sure the Hitmen would go home with two points, scoring into the empty net.

It was a heated affair especially late in the contest, setting up what should be an interesting rematch Sunday afternoon at the Scotiabank Saddledome.

With a 3-2 mark on the trip, the Hitmen will now gear up for a five-game home stand, with four of the contests in the span of seven days.