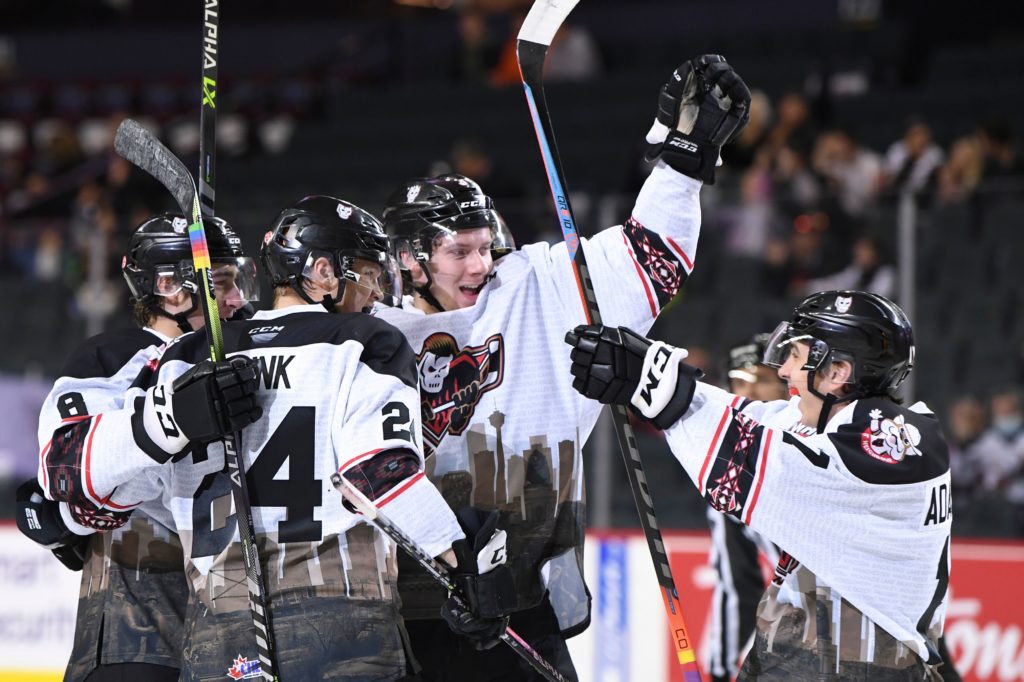 The Calgary Hitmen faced off against Swift Current Broncos for a Thanksgiving weekend battle at the Scotiabank Saddledome. The Hitmen tallied many firsts in a 4-1 win over Broncos, including their first victory of the season.

Grayden Spiemann was first to light the lamp at 8:44 into the first period, with helpers from rookie David Adaszynski and veteran Riley Fiddler- Schultz. For Spiemann this was his first WHL goal. The Broncos killed off three Hitmen power plays to keep the score at 1-0 going into the second period. Both teams traded chances throughout the second, but the period remained scoreless despite the Hitmen giving up three power plays to the Broncos. The Hitmen kept their one goal lead through forty minutes of play.

The third period was full of action, with Adam Kydd leading the charge, notching his second of the season giving the Hitmen a 2-0 lead. Sean Tschirgel followed up with his first of the season, tallying a short-handed goal to pull the Hitmen ahead by three. Fiddler-Schultz came out with three points on the day, after getting the helpers on the first three Hitmen goals.

The Broncos cracked scoreboard near the end of third, with Mathew Ward finding the back of the net on the power play, but the Hitmen answered with an empty net goal from Tyson Galloway to secure the win.

The Calgary Hitmen will return to play on Friday October 15 at 7:00 p.m. MT. with a home game matchup against the Red Deer Rebels.