Hitmen Storm Out To Overtime Win 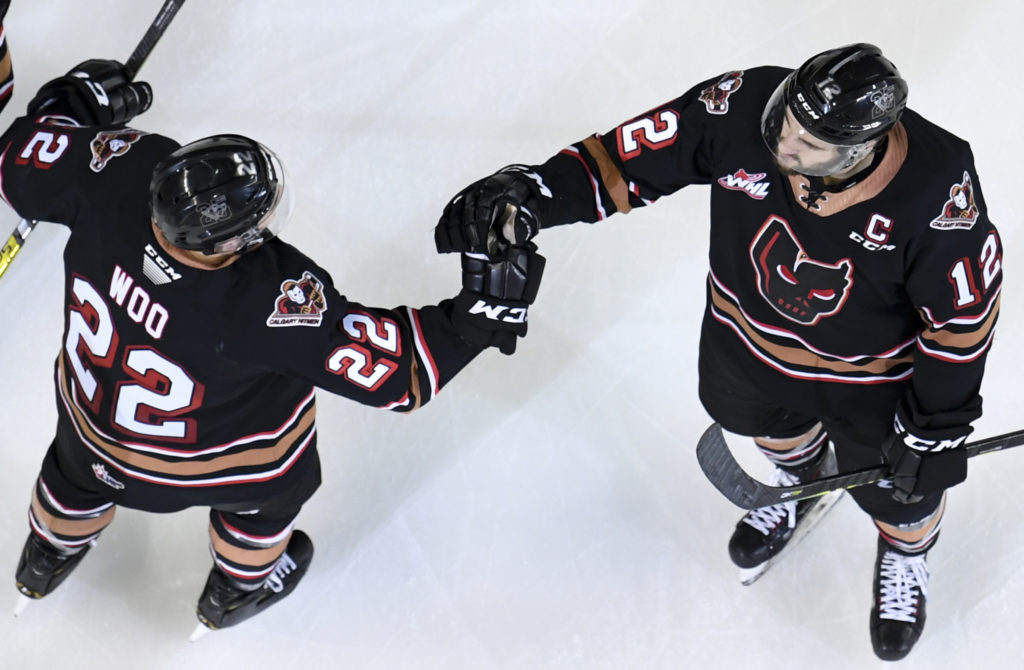 All it took was 18 seconds.

The Hitmen came out on top over the Lethbridge Hurricanes Saturday night in a Central division clash, with a 2-1 overtime victory to inch closer to 20 wins on the season now sitting at 19-12-4-1.

Orca Wiesblatt scored the lone goal in regulation as Mark Kastelic scored the overtime winner quick into the extra session for his team-leading 20th goal of the season. Taber product Brayden Peters was stellar in goal making 27 saves for his fifth win of the campaign.

Justin Hall provided the ‘Canes marker while Carl Tetachuk made 32 saves in the loss.

Compared to the last outing the two clubs had on Dec. 27 which saw a combined nine goals scored, goals this time around were hard to come by with both goaltenders standing tall.

It took a little halfway through the first stanza for the first tally of the night, with Lethbridge getting on the board as Peters made four straight saves before Hall would finally get the puck past the netminder despite the 17-year-old diving across to try and keep it out.

The Hitmen had a quick answer four minutes later on the power play, as Wiesblatt danced in against the Hurricanes penalty killing unit before finishing things off with a top shelf wrister in what was a highlight reel play.

For the second straight game in the season series, overtime was needed but this ending was better than the last for the Hitmen.

After a bit of a scramble on the draw, Jett Woo corralled the puck and shoveled a pass to Riley Stotts who reached out to gain possession and got the pass over to the captain who made no mistake on the one-timer to give the Hitmen the extra point.

The victory for Calgary was the first for a road team in the season series in four games, as the Hitmen are now 2-1-1 against the Hurricanes.

It’s now back to home sweet home for the Hitmen as they will welcome the Moose Jaw Warriors Sunday afternoon at the ‘Dome in the final meeting of the season series.

The Hitmen hold a 3-0 advantage in the series, with former Warrior Jett Woo to face off against Moose Jaw for the last time in his WHL career.