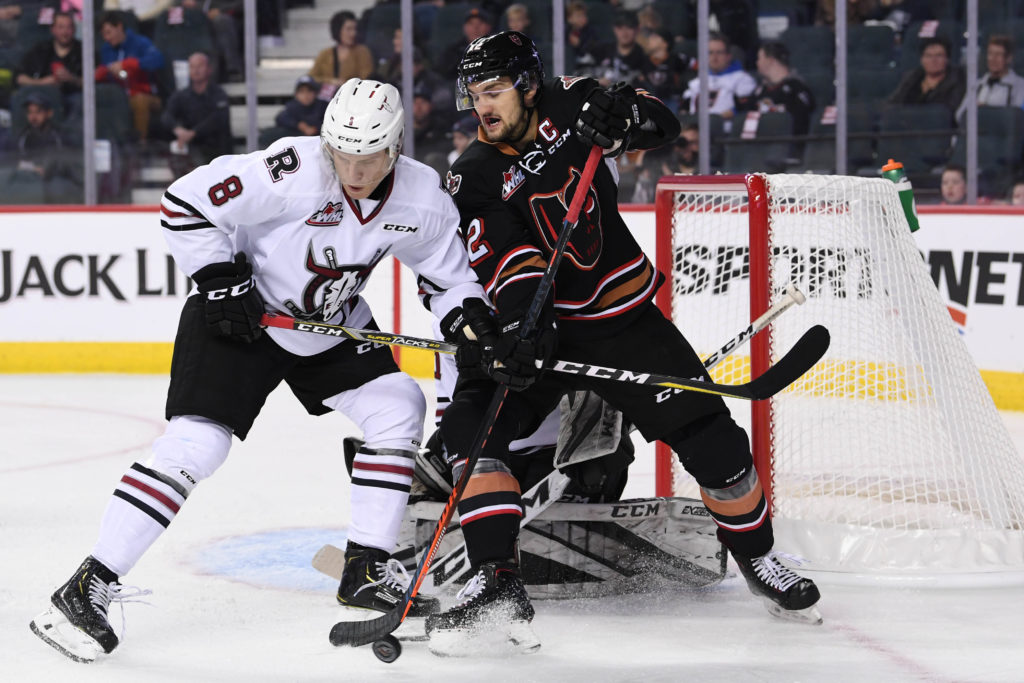 The Hitmen fell 5-1 to the Red Deer Rebels Friday night to end the season-high seven game road swing with a 4-2-0-1 mark.

Luke Coleman and Mark Kastelic scored the markers while Jack McNaughton made 17 saves in his second straight start.

For Red Deer, the trio of Jeff de Wit, Brandon Hagel and Chris Douglas all scored a pair of goals. Ethan Anders was a busy man stopping 43 shots to pick up the win and helped the Rebels snap a three-game losing streak.

The Hitmen came out strong to start in the first couple minutes of the game as they controlled the pace and hemmed the Rebels in their own zone but it was Red Deer who were able to find the back of the net three times in less than eight minutes.

After de Wit gave the Rebels a 1-0 lead off a wrist shot, Hagel would strike two minutes later on the powerplay as he walked into the slot uncovered and used a pick set by de Wit on a Hitmen defenceman to give the 20-year-old all the time he needed to find the back of the net.

Following de Wit’s second of the night, Douglas would redirect a point shot as the Rebels took a 4-0 lead into the middle stanza.

Hagel would add another marker on the exact same play as his first goal five minutes in before the Hitmen were finally able to solve Anders when the Red Deer native Coleman buried a rebound with seven minutes left in the period.

With a four-goal lead, the Rebels would sit comfortably and offered little to no space for the Hitmen to generate offence until Kastelic snapped a wrist shot short side for his team-leading 22nd of the season. The captain nearly got the Hitmen back within two shortly after the faceoff, firing a shot that rang off the post and out of harm’s way.

All in all it was a successful trip despite the setback, with nine out of 14 points picked up and they now sit four back of Medicine Hat for a wildcard spot in the Eastern Conference.

The Hitmen will now finally head back home after 20 days away from the Scotiabank Saddledome Saturday night when they welcome the Edmonton Oil Kings.