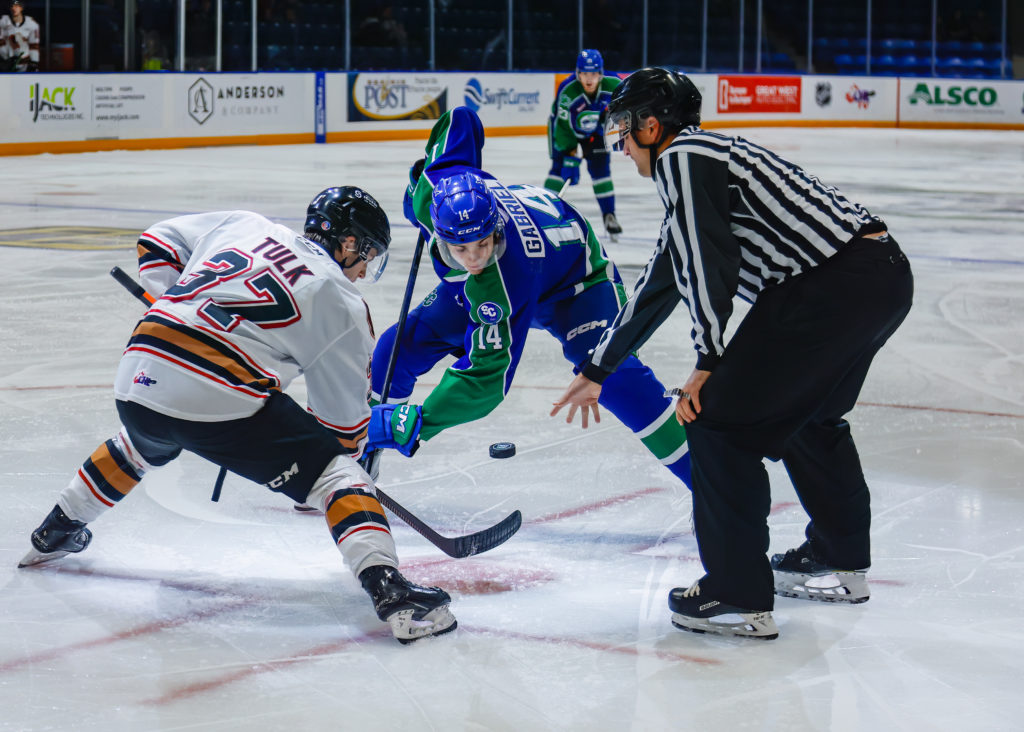 The Calgary Hitmen opened a prairie road trip on Wednesday night in Swift Current with a 4-1 victory over the Broncos at InnovationPlex.

The Hitmen were propelled by a power play that struck for a trio of goals including a pair from David Adaszynski who recorded his first two-goal game in the Western Hockey League.  Oliver Tulk on the man advantage and London Hoilett at even strength also found the back of the net.  Hoilett’s marker was his second in his many games while Tulk added a pair of assists for a team leading three points.  Defenceman Grayden Siepmann also chipped in a pair of helpers.

Clarke Caswell staked Swift Current to a 1-0 first period lead but he was the only Bronco to beat Hitmen goaltender Ethan Buenaventura who turned aside 26 shots to pick up his fifth win of the season.

Special teams were a primary driver for Calgary, as the WHL’s number-one ranked penalty kill went 4-4 while the power play turned in a 3-5 performance.

The Hitmen, now 14-7-3-1, will enjoy a one day break before the road trip resumes on Friday, Dec. 9 in Moose Jaw.  It’s then off to Regina (Dec. 10) and Brandon (Dec. 11) to complete the weekend.  Calgary will head to Lethbridge the following weekend on Saturday, Dec. 17 before returning home to host Edmonton in their final game before the Christmas break on Sunday, Dec. 18 at 2:00 p.m.