Hitmen Tame Tigers To Wrap Up A Perfect Weekend 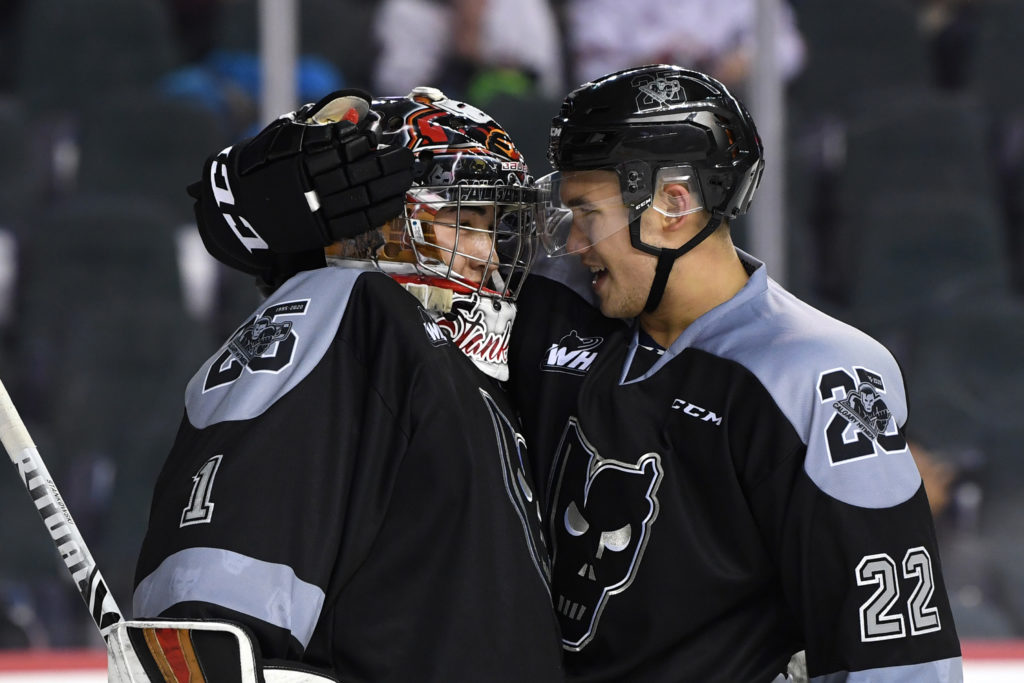 It doesn’t get any better than that, a perfect three-for-three.

The Hitmen wrapped up the busy weekend with a 2-0 win over the Medicine Hat Tigers Sunday afternoon at the Scotiabank Saddledome, picking up six points over the course of the three game set.

With the win, the Hitmen now move to 3-0-1 on the season and have looked impressive in doing so.

“Our energy was unbelievable,” head coach Steve Hamilton said. “You can tell we wanted to get the win and showed up ready for puck drop despite coming in late last night.

“That’s leadership, that shows the maturity of the team to take advantage of the opportunity and battle hard to get the job done.”

Rookie forward Adam Kydd scored his first two career WHL goals to provide the offence while goaltender Carl Stankowski made 33 saves for his first career WHL shutout. Mads Sogaard ended with 28 saves in the loss for the Tigers at the other end.

It was a milestone night all around for Kydd and Stankowski, sharing a special moment in the win.

“We were all pumped up for Kydder,” Stankowski said. “He’s a great kid and showed a lot coming out of camp and I couldn’t be happier for the guy.

“It was awesome to get the shutout and I couldn’t have done it without the team with how much they helped me tonight.”

With both teams getting their fair share of chances to start the clash, the Hitmen were finally able to break the deadlock at 16:10 in the opening stanza with Kydd scoring the milestone goal on the powerplay.

Similar to Saturday night, the second period saw no scoring but plenty of big saves from Stankowski, making a handful of key saves to keep the Hitmen up by one headed into the final frame.

Looking for an insurance marker, Kydd would strike again taking a feed from fellow rookie Sean Tschigerl to tap home his second of the night which was all Calgary needed to hold on for the win.

There’s no doubt the six points are huge for the club, what makes it more significant is all the points coming against Central Division teams.

It’s an area headed into the year the Hitmen knew they had to improve on in order to be successful.

“To be successful in this league it’s not about scoring a lot, it’s being able to defend,” Hamilton said. “If you want to go anywhere you have to keep the puck out of your net and to start off like this is great for our group.”