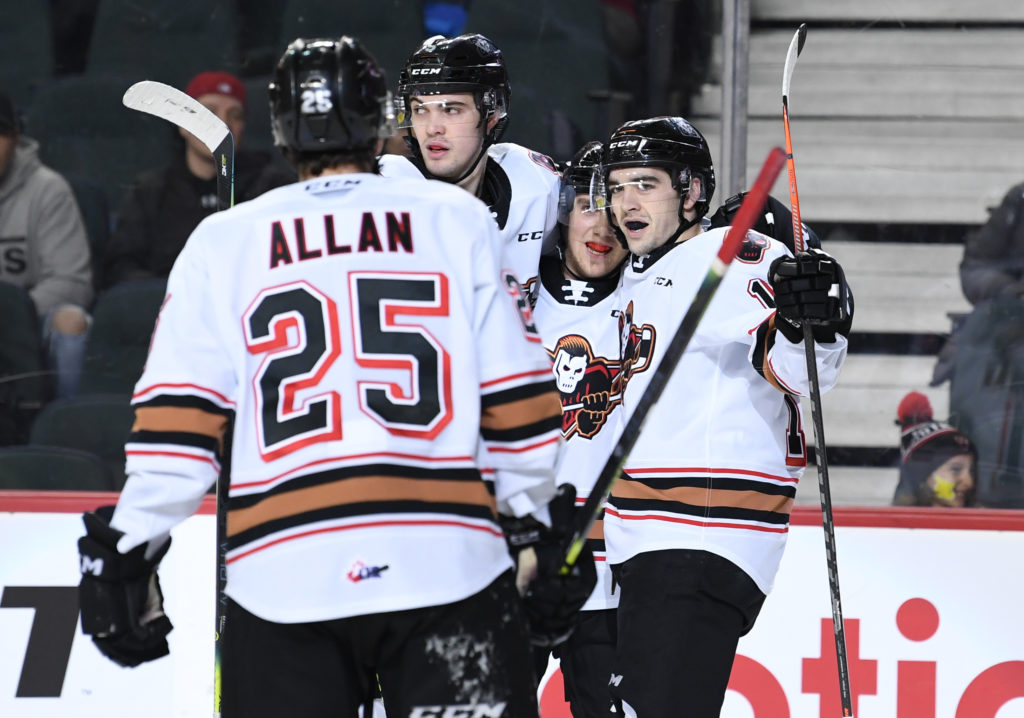 They ended the last decade with a win, and now starting the new one with another.

Wednesday afternoon at the Scotiabank Saddledome saw the Hitmen defeat the Medicine Hat Tigers 4-2 thanks to two markers in the final 20 minutes of play to send the crowd home happy.

It’s another step in the right direction for the club as they improve to 18-11-4-1 this season.

“It was an important game for us to build off of the game against Edmonton,” head coach Steve Hamilton said. “Overall I think our group is taking another step in solidifying our identity that we’ve been working hard to get.

“It’s always tight and competitive games against them and I’m proud of the guys in rallying up like they did.”

Luka Svejkovsky and Ryan Chyzowski found the back of the net for the visitors while Mads Sogaard finished with 25 saves in defeat.

Make that two wins against Central Division opponents, both ranked in the CHL Top Ten Rankings.

“It’s nice to show that we are capable of skating with these good teams and not just some team down in the wildcard spot to ignore,” McNaughton said. “Four points this time is huge especially with our goal to climb up the standings.

It didn’t come easy for the Hitmen, playing catch up just 10 seconds into the contest after a turnover in their own zone led to a breakaway score, but Peterek would get things evened up just as a power play expired finding the loose puck and tucking it home for his eight of the season in the second period.

Deadlocked at one headed into the final stanza, Campbell intercepted a pass in the Tigers zone and fired a wrister five-hole for his third of the year to give the Hitmen their first lead. The Tigers however would tie it up two minutes later on the power play, setting up an intense final 10 minutes.

With a five-on-three man-advantage, the Hitmen worked the puck around to find Kastelic who then unleashing a wrist shot in close between the pads of the Tiger netminder to restore the lead.

Tschigerl provided the insurance marker two minutes later to seal the deal, deflecting a Dakota Krebs point shot for his second goal in as many games.

“It’s great for our confidence especially getting everyone back and having a full healthy lineup,” Kastelic said. “We believe in ourselves and know that we can play with any team in the league and it’s good to get those wins against divisional opponents.

“These are pretty intense games but a lot of fun to play this often especially going up against good teams.”

The Hitmen will now look ahead to a jam packed weekend, tasked with a three-in-three , first facing the same Tigers team this time in their barn Friday night.

The tilt will conclude a stretch of three games in seven days against their provincial rivals.

“You can ask anyone, everyone loves to play as many games as they can,” McNaughton said. “It’s a busy stretch and more opportunities to keep rolling and rack up points.

“Personally for me it helps me get into a groove and help me gain confidence in my game.”