Hitmen Unable To Close It Out 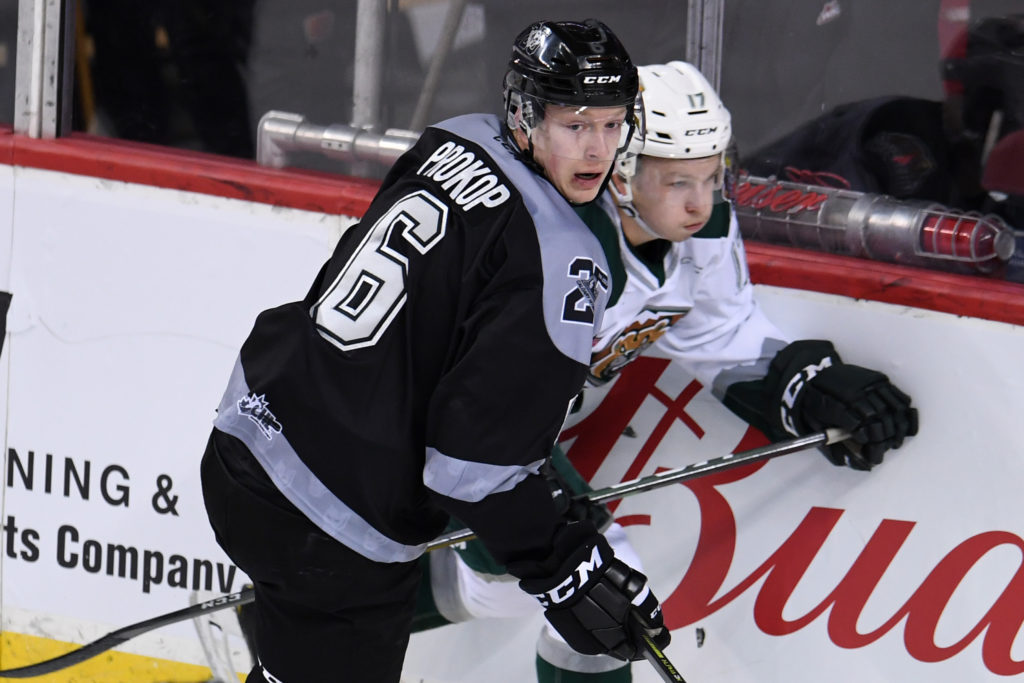 Things got away from them.

Sunday afternoon at the Scotiabank Saddledome saw the Everett Silvertips complete the comeback to topple the Hitmen 6-3 scoring five unanswered goals, with four markers coming in the final 20 minutes.

The Hitmen were the better team for two periods, but the third was ultimately the deciding factor.

“We put ourselves in a good position but couldn’t get the job done,” head coach Steve Hamilton said. “Sometimes mistakes happen when you are a bit fatigued but I would have liked to seen our guys have a bit more finish to our quality of game.

“We need to be a better home team. When we get better at that, we’ll take another step forward.”

Riley Stotts had a team-high three points, scoring twice and adding an assist to extend his point streak to seven games. Egor Zamula added a single marker and Jack McNaughton ended with 20 saves for the home side.

For the visitors, Jake Christiansen had a pair of goals and added an assist with Bryce Kindopp, Jalen Price, Wyatt Wylie and Martin Fasko-Rudas rounded out the scoring. Dustin Wolf ended with 32 stops for the win.

All in all, it was another tough lesson in needing to close things out.

“Those are huge points that we gave away,” Stotts said. “You can’t slow down at all especially against good teams that always find a way to get back into the game. We hurt ourselves by not keeping on them and having breakdowns.

“We’ll learn from this and get better as a group.”

There’s no question that this weekend was a good measuring stick as to where the Hitmen are among the top teams in the WHL with both Edmonton and Everett sitting atop of their respected divisions.

They aren’t a complete polished product as of yet, and they know there’s so much more to give.

“There are lot of positives to build on this three-game set,” Hamilton said. “We have taken a lot of  steps to getting where we want to be and there’s still a lot to improve on.

“Overall, I’m pleased with the way our team is evolving.”

Up next, a crucial home-and-home set against the Lethbridge Hurricanes next weekend starting Saturday night before the holiday break.

An opportunity to gain some ground in the battle for the top three spots in the Central Division.

“They are a good team and we need to be focused in right away,” Stotts said. “We’ll watch the tape from this one to see what we need to clean up and prepare for a big weekend.

“We want to head into the break on a high note.”