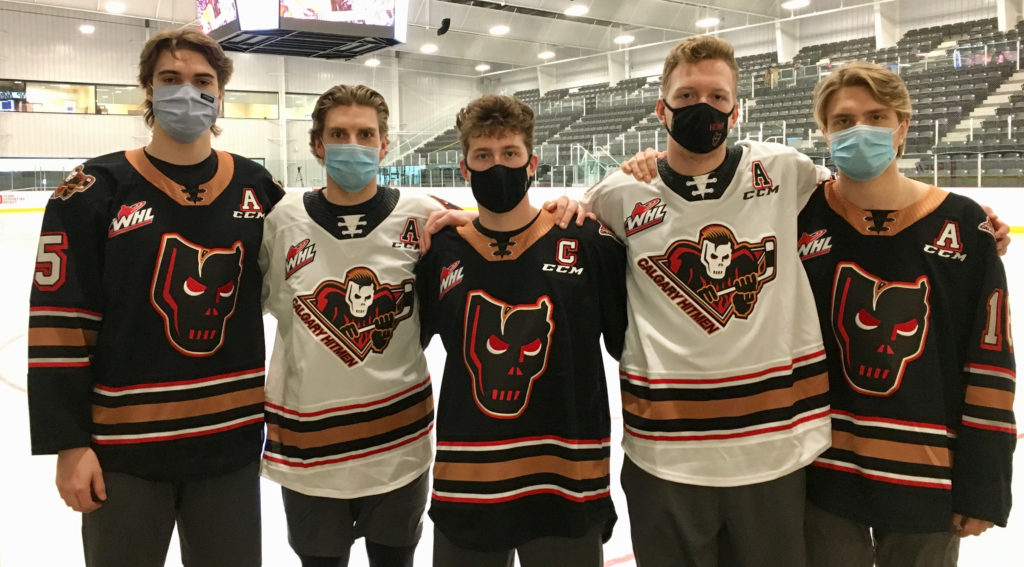 “All five players have grown and developed through the organization and are very representative of our team’s identity,” said Hitmen Head Coach Steve Hamilton.  “They encompass the traits we believe will define our group during this unique season and are excellent leaders in their own right.”

Josh is entering his third and final WHL season and has appeared in 122 career games, all with the Hitmen, notching 24 goals and 64 points.  The product of Edmonton, AB joined Calgary as a prospect in a November 2017 trade with the Swift Current Broncos.  He succeeds two-year captain Mark Kastelic who has turned pro in the American Hockey League with the Belleville Senators.

“I am both humbled and honoured to be appointed captain this season,” added Prokop.  “This is something that I do not take lightly and I am looking forward to the opportunity.  There is a tremendous culture of success in our dressing room created by the leaders before me such as Mark Kastelic and Dakota Krebs.  Together along with Riley, Jackson, Cael and Luke we hope to carry that forward.”

The Hitmen will open their 26th WHL season on Friday at home against the Red Deer Rebels.  Game time is 7:30 p.m. at Seven Chiefs Sportsplex on Tsuut’ina Nation.

Under AHS protocols, fans are not permitted to enter WHL facilities however they can watch Friday’s opener on the all-new WHL Live on CHL TV or listen to the radio broadcast on Sportsnet 960-The Fan beginning with the pre-game show at 6:00 p.m.