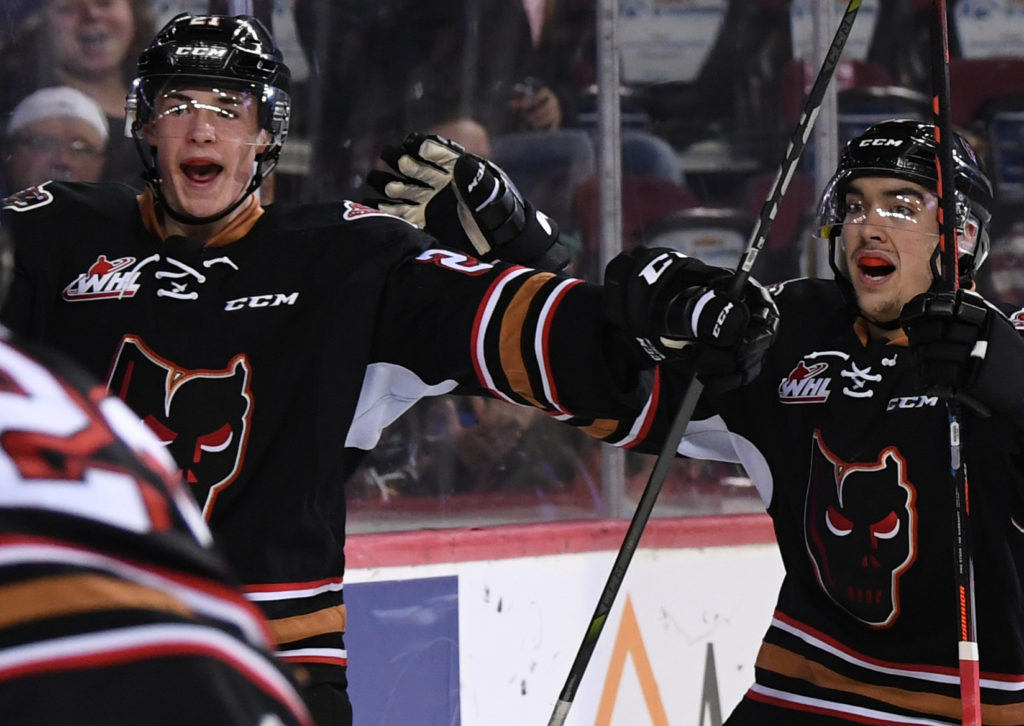 The Calgary Hitmen ended the pre-season with a 2-2 record after a 6-2 victory over the Red Deer Rebels on Sunday night at the Scotiabank Saddledome.

Jayden Grubbe and Jace Isley supplied the markers for Red Deer who was outshot by the Hitmen 30-14.

Jack McNaughton and Ethan Hein split goaltending duties for the Hitmen with McNaughton making 10 saves in 40 minutes of work to record the win.

The Hitmen home opening weekend sees Calgary play three games in as many days and begins on Friday, September 27 when they host the Edmonton Oil Kings at the Scotiabank Saddledome. Game time is 7:00 p.m. Then on Saturday, September 28, the Hitmen travel to Red Deer to face-off against the Rebels at the ENMAX Centrium. Calgary returns to Scotiabank Saddledome ice on Sunday, September 29, against the Medicine Hat Tigers in a 4:00 p.m. start. It’s SUPER Sunday Funday presented by Ricky’s All Day Grill. Activities include a pre-game kid’s festival on the west tarmac with inflatables, games, face painters, giveaways and a post-game family skate that is FREE with a game ticket. Sunday Funday features a specially priced $9.99 ticket for kids 12 and under and a $15.99 ticket for adults (plus applicable fees and taxes).