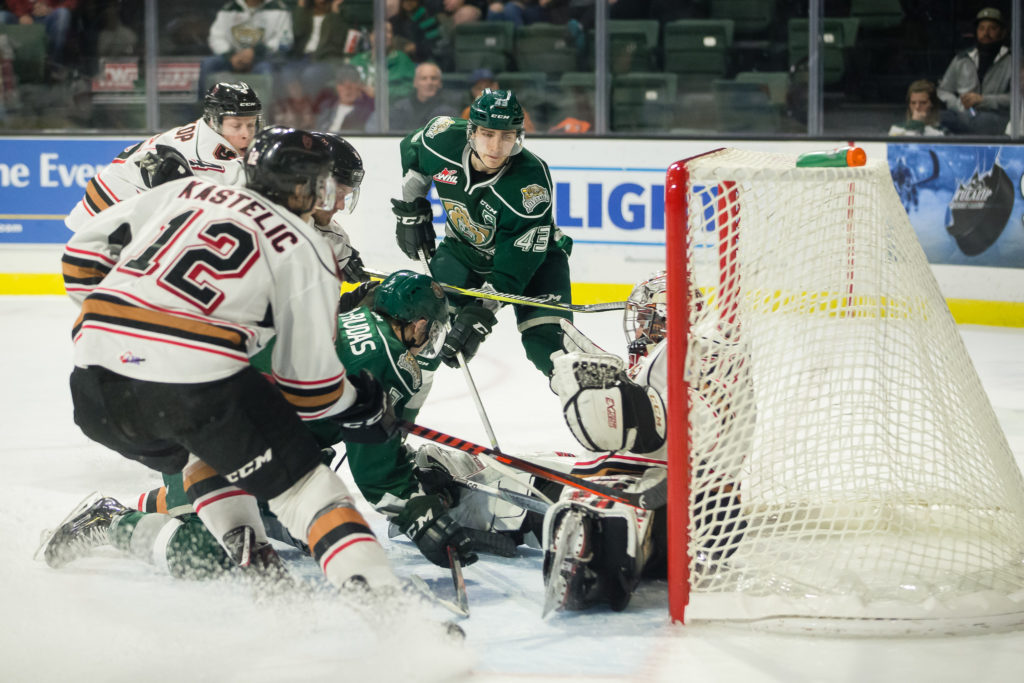 The streak ends at three.

The Hitmen dropped a 4-0 decision to the Everett Silvertips Tuesday night, moving to 2-1 on the season high seven-game road swing.

For the Hitmen, Jack McNaughton made 29 saves, keeping the Hitmen within striking range making key saves all night in just his eleventh WHL appearance.

The first period was a heavy, hard hitting game as both sides were strong on the forecheck that had a lot of animosity between the clubs.

Everett would strike seven minutes into the tilt as they took advantage of a broken stick on the play as Sutter would receive the cross crease pass and finished it off to give the home side a 1-0 lead. The Hitmen saw two powerplays in the opening frame and although the first one provided many chances, the second attempt wasn’t as successful in generating the scoring opportunities.

The middle stanza saw the game get away from the rough checking style game and took on a faster pace as both sides went chance for chance but the goaltenders stood tall. McNaughton made arguably his best save of the season as the 17-year-old dived across making a pad stop on a shot that seemed to have goal written all over it.

With just one goal separating the two clubs, the third period saw Everett pull away as they would add to their lead just 22 seconds into the frame as Butt would redirect a Sean Richards shot to give themselves some breathing room.

Everett would strike again two minutes later as Fasko-Rudas was left alone in the slot and snapped home a wrist shot for a 3-0 lead, which was then followed by Kindopp scoring a shorthanded marker with 12 minutes left to play to wrap things up.

Although the Hitmen have built up a reputation of heavily outshooting and controlling the play in the third period, Tuesday night was a different story as they were only able to muster up five shots on goal in the final 20 minutes, while the Silvertips would throw nine on goal.

The Hitmen will now head off to Portland for a date against the Winterhawks Wednesday night for the fourth game of the road swing.