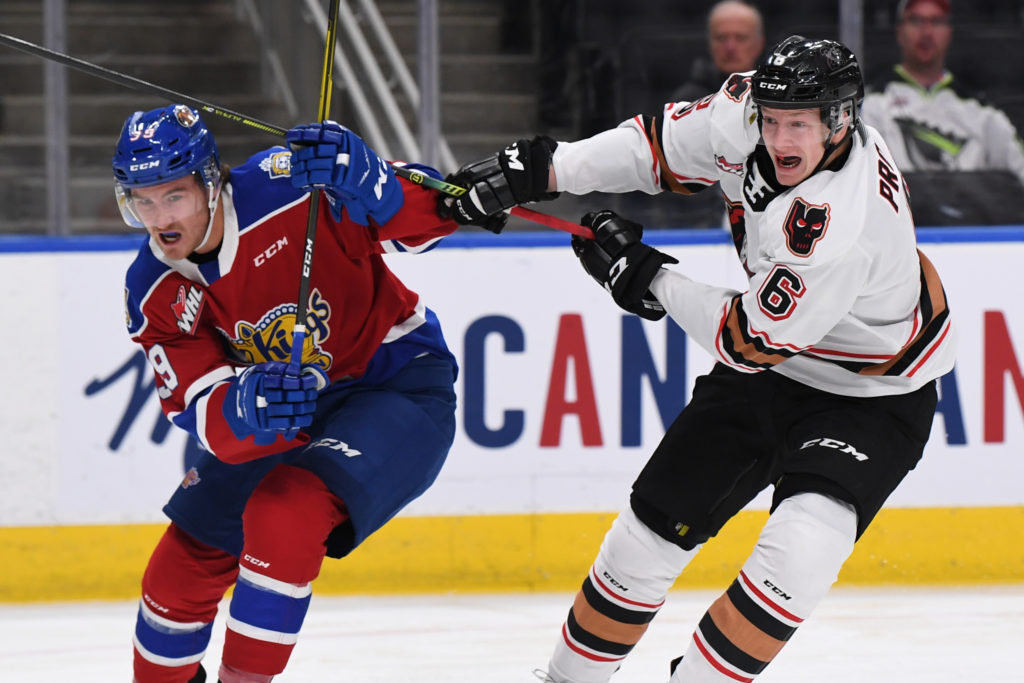 The struggles against their rivals continue.

The Hitmen dropped a 5-4 decision to the Edmonton Oil Kings Saturday afternoon at Rogers Place, which saw Edmonton erase deficits of 2-0 and 3-2 en-route to the win.

Orca Wiesblatt with a goal and an assist powered the Hitmen attack with Riley Stotts, Adam Kydd and Carson Focht adding singles.

Carter Souch with a trio of assists and Josh Williams with a goal and two assists led the Oil Kings with three points each.  Jalen Luypen, Loeden Schaufler, David Kope and Vladimir Alistrov rounded out the scoring for the home side.

With the game deadlocked at a 3-3 tie headed into the third period, the Oil Kings would strike twice just over a minute a part that the Hitmen could not recover from despite getting within one with eight minutes left to play.

Third level seats are still available as a general admission ticket for only $9.99 for kids 12 and under and $14.99 for adults (plus applicable fees and taxes). They can be purchased at Ticketmaster, the Scotiabank Saddledome box office or by phone at 1-855-985-5000.

This year marks the 25th anniversary of the toss in Calgary with the goal of taking back the world record.  The AHL’s Hershey Bears set a new mark last season with 34,798 stuffed toys.

In addition, the Calgary Zoo is the plush sponsor of the ENMAX Teddy Bear Toss.  Calgary Zoo panda teddy bears can be purchased for $20 each on Sunday at section 223, section 211 and inside the NE ticket entrance.  Proceeds from every bear sold will be split evenly between the Calgary Zoological Society and the Calgary Hitmen Foundation.

To keep all bears clean, fans are asked to place them in a bag before being tossed on the ice following the first Hitmen goal.  Bags will be provided upon entrance.

Since 1995, a total of 377,583 bears have been tossed with more than 70 local agencies to share the stuffed toys this holiday season including the Alberta Children’s Hospital, Calgary Food Bank and Salvation Army.