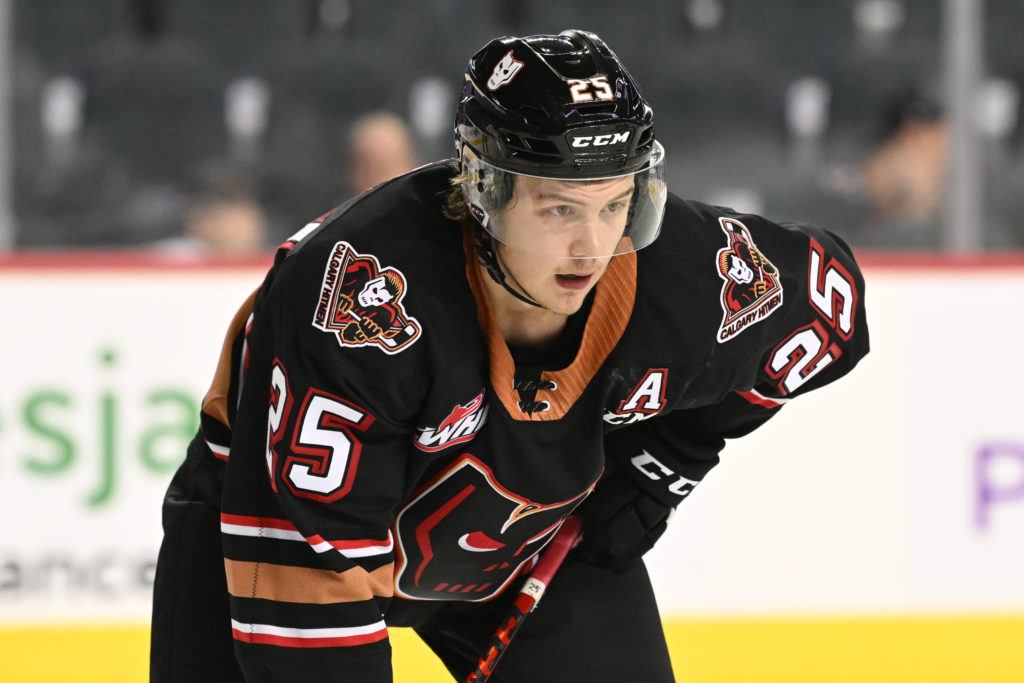 It will be an emotional night for Calgary Hitmen forward Jacob Wright. The forward makes his returns to Everett tonight for the first time since he was traded to Calgary on September 30th and  is looking forward to playing against his former team.

“I am excited to play against them, I played three years here and learned a lot, but its time to take it to them with my new team.” said Jacob Wright.

“It’ll be nice to catch up with some of the guys and my old billets, been awhile since I’ve seen them. It will be nice to see some familiar faces again.” Wright continued.

Wright has played 13 games  with Calgary in the 2022-23 season and has registered seven points. The 20 year-old has fit in with the Hitmen seamlessly and was given a letter on October 7th as part of Calgary’s leadership group.

“It’s going good, we’re on a roll and I’m really enjoying my time here and I think we have a special group.” continued Wright “I’m excited to see what we can do in the future.”

Jacob Wright finished the 2021-22 season with 47 points (22G, 25A) in 68 games and was a key piece in the in the Silvertips  playoff run.  The 2002-born forward was listed by Everett in March of 2018 and played the last three seasons with the club.  The September transaction filled the vacant 20-year-old spot for the Hitmen.

Calgary is heading into tonight’s game with Everett on a six game win streak after beating the Seattle Thunderbirds in overtime in Kent, WA . They will then continue the U.S. road trip in Portland on Tuesday night.