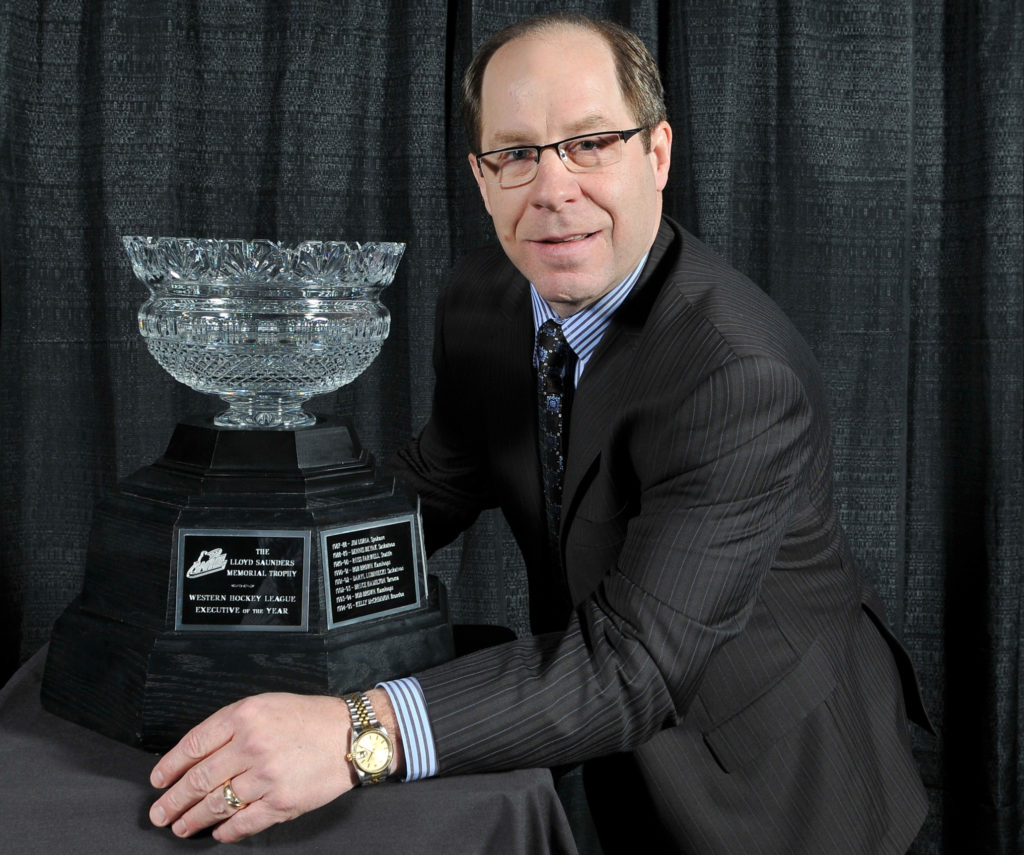 The Calgary Hitmen Hockey Club is proud to announce it will honour Kelly Kisio for the contributions he has made to the organization as an executive and coach on Sunday, March 1st.  The ‘Forever A Hitmen’ celebration and banner for Kisio will be raised to the rafters in a special pre-game ceremony and remain on permanent display at the Scotiabank Saddledome.

“We are pleased and honoured to recognize Kelly for his incredible 18 years spent with the Hitmen organization,” commented Calgary Sports and Entertainment Corporation President and CEO John Bean.  “His expertise, leadership, guidance and mentoring of many players and staff through the years elevated the Hitmen to one of the premier franchises in the Western Hockey League through his tenure and beyond.  I cannot think of a more deserving recipient of this honour.”

Kisio spent nearly two decades with the Hitmen from 1998 to 2016, first joining the club as general manager ahead of the 1998-99 Western Hockey League season.  Under his leadership, the Hitmen earned 763 regular season wins, an average of 42 per season, and twice captured the Ed Chynoweth Cup as WHL Champions in 1999 and again in 2010.  The team also qualified for the playoffs a remarkable 17 times in 18 seasons becoming one of the elite franchises in the Canadian Hockey League.

“I am extremely honoured and humbled to be recognized with this ‘Forever A Hitmen’ induction,” said Kisio.  “I was fortunate to work with so many great players and staff, which contributed to our team success but also helped set a standard which is still upheld today.  These are memories I will cherish for a lifetime.”

In addition to his general manager duties, Kisio spent four seasons in the dual role of general manager and head coach from 2004-08, guiding the Hitmen to 166 regular season victories.  In June of 2013, the two-time Lloyd Saunders Memorial Trophy recipient as WHL Executive of the Year (2003-04 & 2008-09) was appointed president of hockey operations and alternate governor before resigning in September of 2016 to join the NHL’s Vegas Golden Knights as a professional scout where he continues to serve today.

Kisio will become the third inductee in the ‘Forever A Hitmen’ program, joining Ryan Getzlaf who was recognized on January 18, 2015 and Andrew Ladd who was honoured on March 8, 2017.

Tickets for the March 1st induction are now on sale at all Ticketmaster locations and the Scotiabank Saddledome box office.  Fans can also order online at HitmenHockey.com or by phone at 1-855-985-5000.