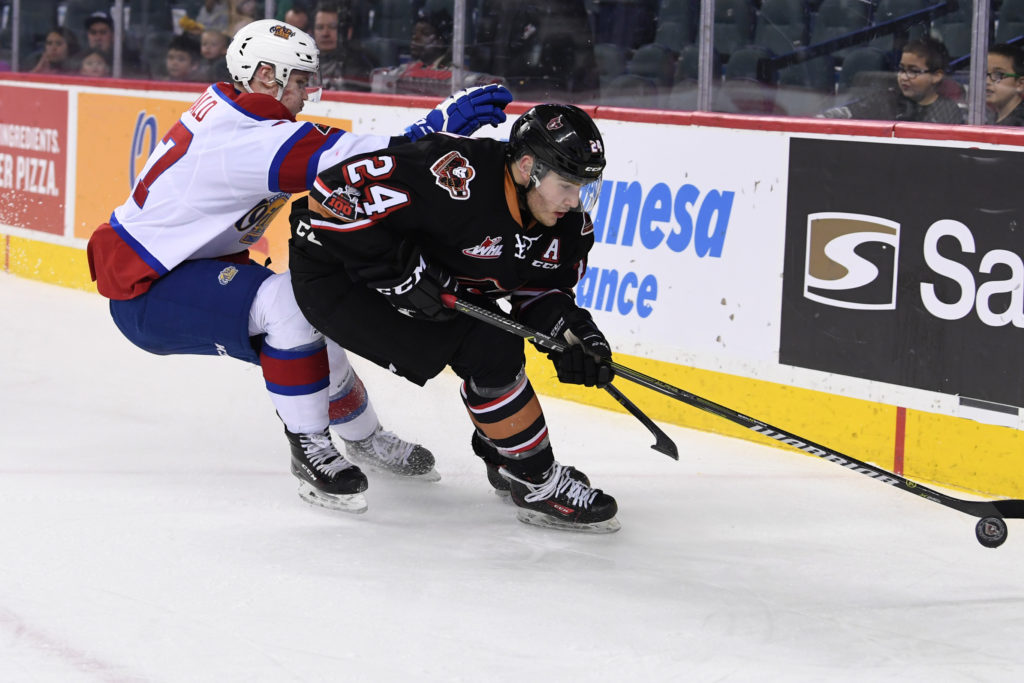 The KidSport Cup will see some of our communities’ great athletes and role models participating in a little friendly competition as they raise awareness and dollars for KidSport Calgary & Area – a local charity they are all a big part of as members of the Team KidSport Ambassador family.

“This group of outstanding individuals continues to go above and beyond in giving their time and personality in support of KidSport Calgary and the many other great initiatives and causes they support.” Highlighted Kevin Webster, Executive Director with KidSport Calgary.  “We are so very fortunate to have them as part of our great team, and we could not be more excited to work with the Calgary Hitmen and Papa John’s Canada to add to their profile and recognize them all for their ongoing commitment to KidSport Calgary and our community!”

The Team KidSport members have been divided up into two teams as they vie for the KidSport Cup.  Each team will be gaining points leading up to Saturday’s home opener through the publics support of their respective ticket codes.  Then during the game on Saturday each team will participate in a variety of activities including a tricycle relay race, pizza box building competition and some in crowd fan contests to see who will walk away with the KidSport Cup!

How can you get involved?  Real simple – get your tickets (Only $15) by choosing to support Team 1 or Team 2 – purchase them through the codes below and teams will accumulate points as fans begin to purchase.  You will also be doing your part in supporting KidSport Calgary as $5 from every ticket will go toward giving local kids the Gift of Sport.

Then on September 29th you can cheer on your home town Calgary Hitmen and your favorite group of Team KidSport Ambassadors.  This group is made up of some of the best people in our city.  Not only are they exceptional athletes, role models and leaders on a daily basis, they are also highly competitive which should make for a great battle…..For the Kids!