Luke Prokop On NHL Draft: ‘It’ll Be A Day To Remember’ 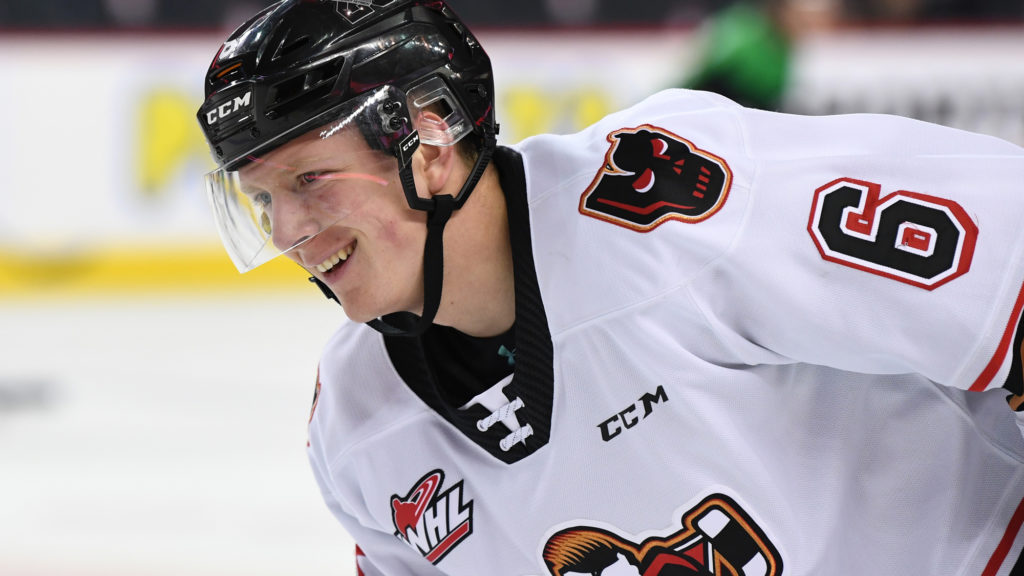 The journey to the 2020 NHL Draft has been a wild ride.

Covid-19 has written a unique script, with the WHL season ending early and the NHL draft taking place in October.

For Hitmen defenceman Luke Prokop, it wasn’t how he imagined 2020 would unfold but he’s still thankful for the opportunity in front of him, nonetheless.

“It’s been a long stretch but definitely a memorable one to get to this point,” he said. “I was really happy with how I developed throughout the season and believe that I finished on a high note and did everything I could to make an impression.

“With the draft inching closer, I’m trying to take the ‘whatever happens, happens’ approach because that’s the reality of it but it’s a lot easier said than done. I’ve had some late nights overthinking it but it’s normal to have these nerves and not knowing how things will unfold.

“Regardless of what happens, it’ll be a day to remember and I’m looking forward to it.” 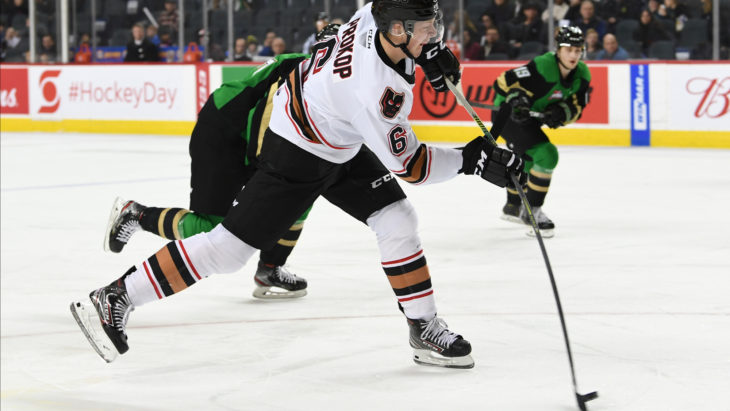 Prokop had a career year in his second ‘full’ season with the Hitmen, notching 23 points (4G, 19A) in 59 tilts, highlighted by ending the shortened WHL campaign with 11 points in his final 11 games.

A big part of finding that groove offensively to end the year he credits to the CHL/NHL Top Prospects Game held in January, where he suited up for Team White.

“That gave me a huge confidence boost,” he explained. “That was a goal of mine going into the season and when I was selected to go there, it was one of the happiest moments in my career. To play against top players from across the nation was an unbelievable experience.

“When I took a couple of strides in the warmups for it, I got chills and was thinking how lucky I was to be there and made sure to take in every moment. Getting to play alongside so many great players like Alexis Lafreniere and Cole Perfetti and then facing up against guys like Quinton Byfield and Marco Rossi was surreal. You haven’t seen them all year and in a way you see your game grow from adapting to their playstyle to shut them down.

“It was a huge honour and can’t thank the CHL enough for selecting me for it.”

Being ranked 130th by NHL Central Scouting among North American skaters, Prokop held steady in the rankings all season long with his strong defensive play in addition to his continued growth on the offensive side with his ability to join the rush and set up plays.

It didn’t hurt that he also had teammates such as Jett Woo – drafted in the second round in 2018 by Vancouver – and Egor Zamula – signed by Philadelphia as a free agent in 2018 – to learn from, two veterans that went through the exact thing he is experiencing now. 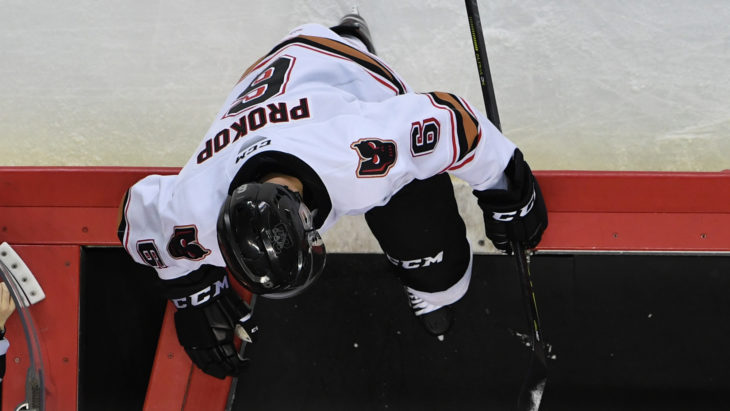 “Having those two to learn from was beneficial for me in getting different sides of their route to getting signed by NHL clubs,” Prokop said. “I picked their brains as much as I could and really focused on how they carry themselves, not just on but off the ice. The work they put in the gym or focusing on key elements to improve one was a standard that I wanted to bring myself up to.

“They helped me so much and the biggest advice they gave me was ‘you can’t let one bad game turn into three.’ I needed to learn to be consistent and focus on what I bring to the table every night and not get caught up in doing too much or worrying of over exerting myself.”

Prokop said regardless of whether he gets picked next week, his focus won’t waver.

“It’s always been a dream growing up to get drafted and play in the NHL,” he said. “Of course it’s all out of my hands and I know that whatever the outcome is if I get drafted or don’t, I’m still going to push myself to be better than I was yesterday.

“The hard work never stops and I’m prepared to take my game to a whole new level and continue to show that it continues to evolve.”