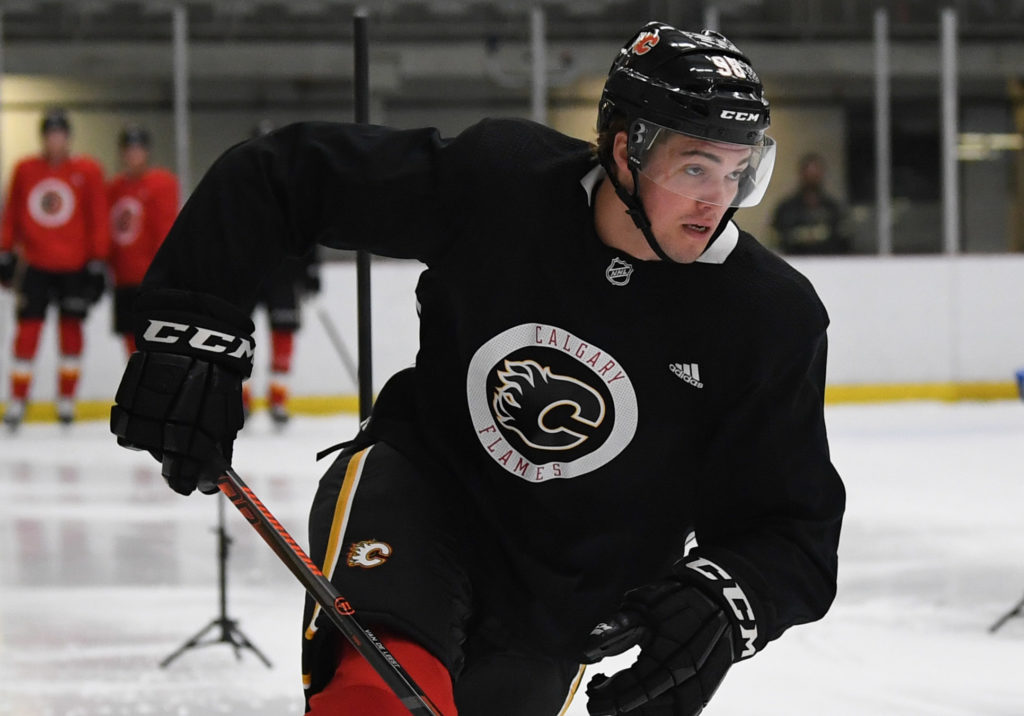 Adversity brings the best out of people.

And Hitmen defenceman Jackson van de Leest is no stranger to adversity.

The 6-foot-7 rearguard saw his rookie season end early due to injury last year and most recently was passed over in the 2019 NHL Draft. Instead of packing it in and giving up, van de Leest used it as motivation to push harder.

“I was certainly disappointed after the draft, but I was excited to get into a camp right away,” he said. “It was even better that it was with Calgary who have been overseeing me all year and it was extremely well run and they did a great job both informing us and getting everyone to bond.

“I learned a lot from the experience and now there is an opportunity for me to further prove myself day in and day out with someone who is always going to be watching.”

The 18-year-old defender is coming off a career season with the Hitmen which saw him finish with 21 points (1G, 20A) in 64 tilts while adding an assist in 11 playoff contests.

His tough shutdown style of play has always been a staple in his game and makes him a tall order for players to face, but he has taken massive strides in his development with his added offensive play.

“It was a big year for me to bounce back from the injury and contribute to the team,” van de Leest said. “I’ve always been an advocate for ‘You have to strive for greatness but never attain it.’ The hard work never stops no matter how comfortable you think are and that was a big motivation for me.

“This upcoming season will be no different in my approach to get better and taking part in this camp has given me that extra push to further round out my game.”

There’s no question that it was an eye-opening experience for the Kelowna native in his first NHL camp with facing not just other fellow WHL skaters but talent from across the CHL and outside of North America.

“The competitive level showed me the level where I want to play at this year,” he said. “I am a pretty competitive guy already but squaring up against guys I’ve never seen before and seeing how hard they were pushing really made me want to up my compete level.

“It was just another thing that made the camp world-class, having that healthy competition where we all are pushing each other to get better.”

As the days continue to pass, Hitmen training camp inches closer to its late-August start with plenty of buzz and excitement for the club to build off of a year that saw them finish third in the Central Division and reach the second round of the post-season.

And for van de Leest, it’s a chance to continue to be a key piece in the puzzle.

“I have a lot to prove this year – not to just everyone, but to myself,” van de Leest said. “I’ve been focusing on improving my skating, quickness and just about everything and anything else to help the team be successful.

“Having a strong team like the one we are going to have makes it easier to accomplish that and I am excited to be a part of a core that is going to be hard to play against each night.”