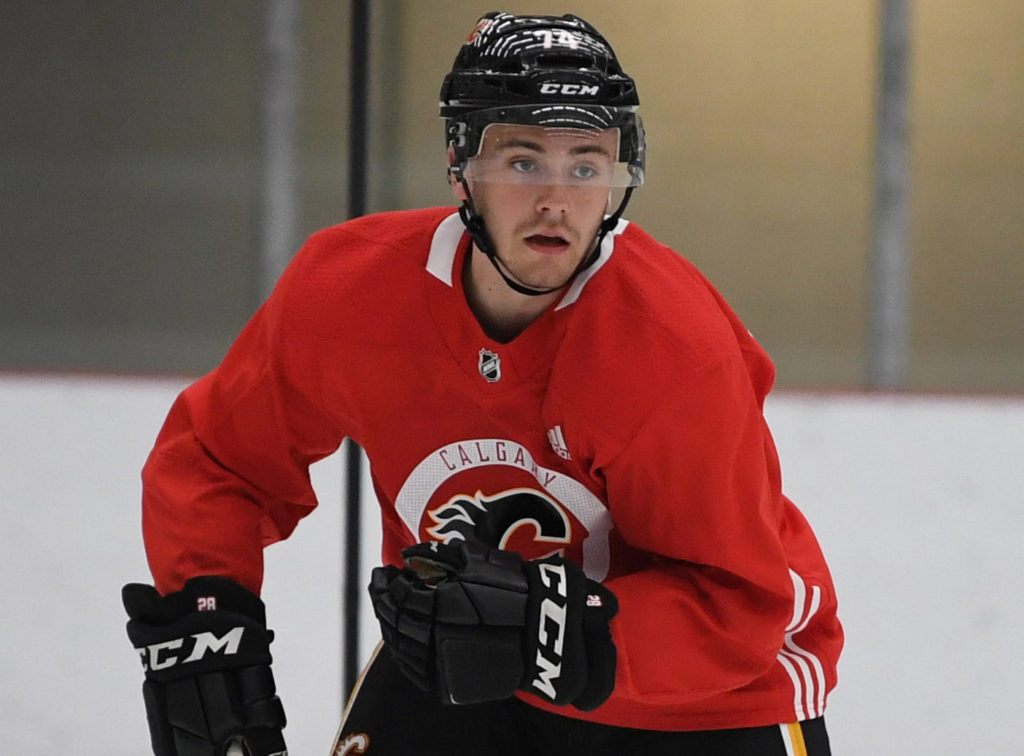 Don’t blink because you just might miss something special.

There are certain players that just have that wow factor to their game, and Calgary Hitmen forward James Malm, without question, has it.

Whenever he steps foot onto the ice there’s an anticipation and excitement wondering what will he do next. He always seems have the puck on a string and that tied with his creative play led him to earning a camp invite with the Calgary Flames at last week’s development camp.

“There were definitely some nerves at first when I got the call but I was honoured to have the opportunity,” Malm said. “The information I learned and different techniques were huge for me to help further improve my game and overall just an incredible experience.

“I had a lot of fun getting to know new faces, reconnecting with some old friends and being on the ice in such a competitive style of play.”

Standing at 5-foot-9, Malm is yet another name of this new breed of smaller players who are a threat to put the puck in the back of the net in unique and creative ways, all while using speed to create room for themselves and their teammates.

This past season with the Hitmen is a testament to that as Malm was tied for the team-lead in points with 77 (34G, 43A) and added six points (2G, 4A) in 11 playoff contests.

In the junior ranks of the WHL he’s always been a prolific scorer with a knack of setting up his linemates for quality scoring chances, and now he’s looking at ways to continue that trend once he graduates to the pro ranks.

“I want to learn how to perform against bigger and older guys and know what to do to be successful at the next level being a smaller guy,” he said. “I was one of the older guys at camp but there definitely a lot of other guys bigger than me and that helped me learn more ways to create separation for myself.

“It’s something that I can take away for this upcoming season in being more of a threat.”

And what a year it’s shaping up to be for Malm and the rest of the Hitmen squad as they look to build off the successes of last season in their quest for championship glory.

As one of the three 20-year-olds set for the 2019-20 campaign, Malm will be looked upon to lead the way and he is more than ready for the challenge.

“It’s exciting knowing that we are going for it and building off of what we accomplished together,” he said. “There was a lot of experience earned from winning a round in the post-season against Lethbridge especially for someone like me who never made it past the first round before.

“Our team is the closest team that I have ever been on and with this being my last year in the league I want to make the most out of it and be a leader for the younger players to lean on for advice.”