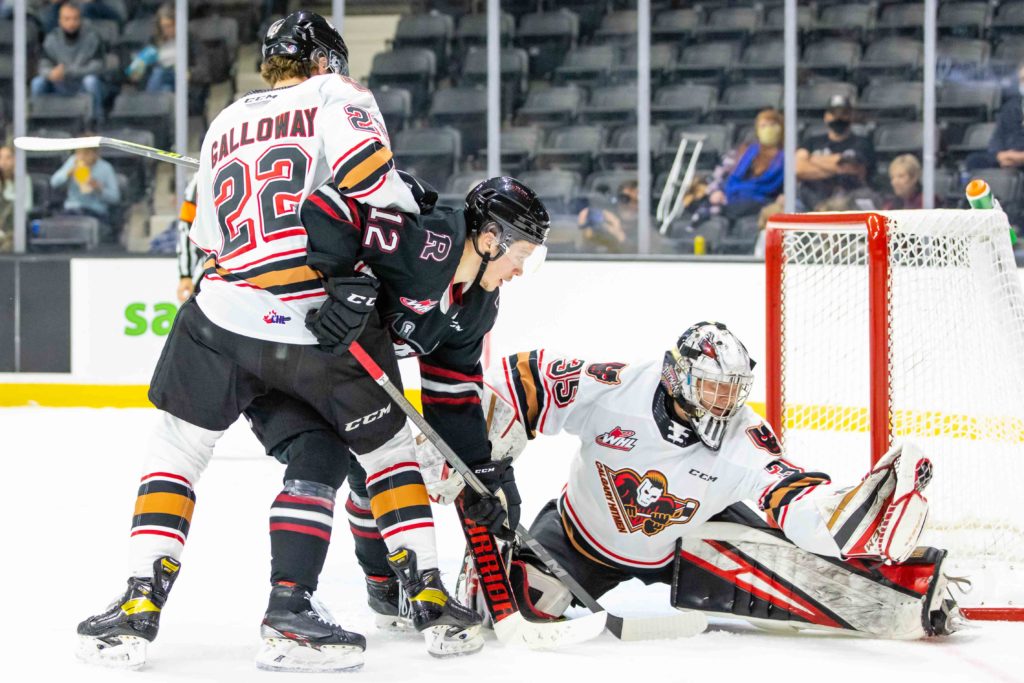 Goaltender Brayden Peters made 25 saves for his second career shutout as the Calgary Hitmen blanked the Red Deer Rebels 2-0 on Saturday afternoon at Peavey Mart Centrium.

Just three days after his arrival in a trade from Edmonton defenceman Keagan Slaney was instrumental in the victory scoring the eventual game winner in the first period and setting up a Zac Funk insurance marker on a third period power play.

It was a complete team effort from the visitors as 15 different Hitmen registered at least one shot on goal helping Calgary outshoot Red Deer 33-25.

Overall the Hitmen went 1-7 with the man advantage while killing all five chances for the home side.

With the win Calgary improves to 2-3 on the young season while the Rebels drop to 3-3.

The Hitmen will now enjoy a full four day break before they face the Broncos in Swift Current on Friday, Oct. 22.  Calgary then returns home to host the Brandon Wheat Kings on Sunday, Oct. 24 in a 4:00 p.m. start at Scotiabank Saddledome.