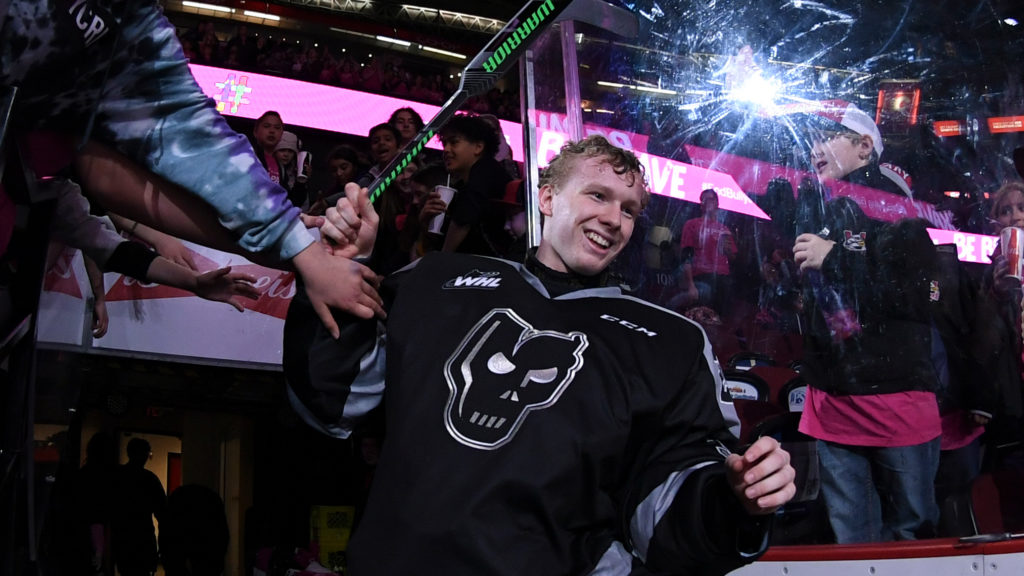 Making the jump to the WHL as a goaltender is no walk in the park to begin with.

Combine that with it also being your first year of NHL draft eligibility and the pressure ramps up even more.

Netminder Brayden Peters played an extra season of midget hockey before joining the Hitmen last year, but the laid-back now 18-year-old was never rattled by the situation.

“I tried to not think about it and just worry about backstopping the team to wins each time I got the start,” Peters said. “I had to get accustomed to the WHL style of play and it took me a bit to get the hang of it but when I did I thought I progressed really well.

“I definitely had more confidence in myself with each start and the belief that I belonged in the league. The coaching staff helped me a lot which was huge and gave me every opportunity to succeed and grow.

“Being a rookie and it being my draft year seemed daunting at first but as I got more comfortable I just focused on what I could control and that was be the best version of myself I could be.” 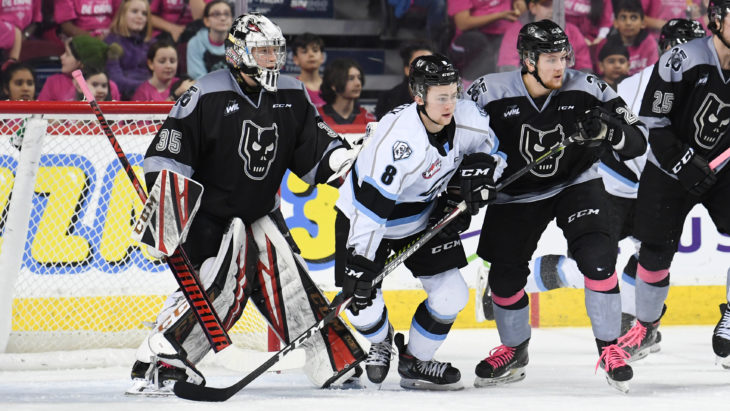 Peters excelled in his first season in the ‘Dube with a 2.76 goals-against-average and a .902 save percentage to pick up 17 of the club’s 34 wins.

All season he showed poise and consistency to earn himself subsequent starts, making it look so easy at times thanks to his great positioning and ability to control his rebounds and direct them into the corners and away from the danger areas.

His strong play didn’t go unnoticed in the end and after being left off the rankings for most of the year he earned his spot on the NHL Central Scouting Final Rankings, slotting in 30th among North American goaltenders.

“It was really cool to get the recognition but you also can’t really judge off of that,” he said. “To see your name with the best prospect in the world is a huge honour but nothing is guaranteed and we’ll see what happens going forward.

“There are so many ways to get to the NHL and not everyone’s path is the same. As an 18 year old, I can’t expect to get drafted right away because it’s a tough league and I know that sometimes you have to be patient and not get down on yourself.

“I’ll be very excited and grateful if it happens and if it doesn’t, that’s okay, too. It doesn’t mean that the hard work stops or that I give up.” 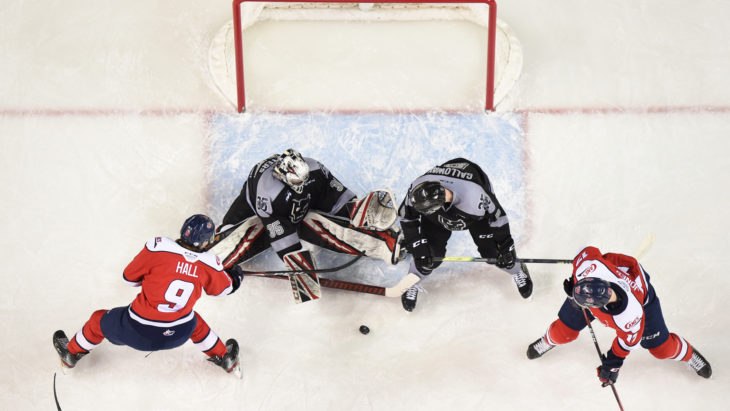 Peters said that having Hitmen goaltending coach Jason LaBarbera in his corner has helped him prepare for what’s to come.

That, and the strong bond he made with fellow goaltender Jack McNaughton, has helped the Taber, Alta., product feel right at home in Calgary.

“They’ve both been amazing as soon as I became a part of the organization,” he said. “With Barbs, he has experienced everything that Jack and I are going through and made a great career at both junior and pro. He’s helped us to know what to expect and what we have to do to reach the next level.

“He really makes sure that we get closer to reaching our potential and personal goals. I want to mature as a goalie and know how to deal with different circumstances when things that don’t go my way and how to get through it. I also want to gain my confidence in myself and with both of them helping I know I can get there.”

As Peters waits to see what the 2020 NHL Draft has in store for him, he’s been keeping busy with the extended time away from the Hitmen as the WHL awaits the Covid-19 delayed start of the 2020/21 regular season.

And, entering his second season, he has placed expectations on himself to improve on the solid start to his junior career.

“It’s been a very long off-season but I’ve tried to use that to my advantage,” Peters said. “I’ve been getting on the ice three-to-four times a week and keeping up with workouts in order to be in the best shape I can be in.

“As a team we want to improve on what we did last season and grow together. I want to give us the best chance to win and looking forward to the day we finally get back out there and be with the boys again.”